The symbolic meaning of the number ten signifies a new cycle of life has begun. The one and the zero are reunited whereby energy has take its full course and transformed or stayed the same.

How energy transforms is determined on how you generate energy and project it into the world. Everything is energy and at some point, that energy has to break forth to become a physical reality. It’s worth bearing in mind that thoughts, emotions and actions are energies that determine how you create your experience of the world, and ultimately, your life.

For Pythagoras, the number 10 was held with the highest esteem. The famous Greek mathematician called it the ‘perfect number” because he recognised the ten comprehends all arithmetic and harmonic proportions and said it was both heaven and the world because the former includes the latter.

Pythagoreans say the ten denotes completeness, finality and perfection because when you arrive at the decad you return to the monad.

Generally speaking, therefore, the 10 marks the end of one cycle of time and the beginning of the next. But as Pythagoras noted, it is also an expression of human knowledge – because matter (4) comes into harmony (6).

“The number ten is an all-embracing number. Outside of it there exists no other, for what is beyond ten returns again to units.”

The Symbolic Meaning of the Number Ten in the Bible

In the Bible, the ten is associated with law and judgement – symbolised by the Ten Commandments which give man guidance to rights and wrongs. 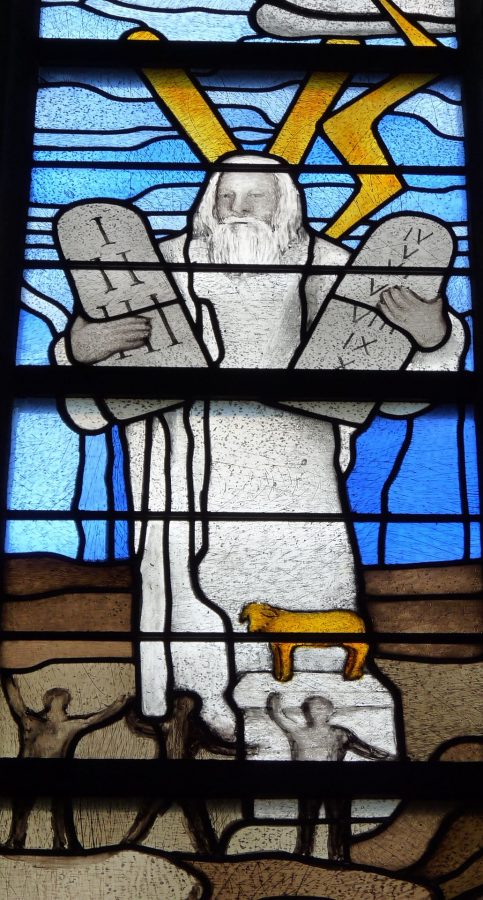 But on a deeper level, the association with judgement relates to natural laws which ultimately manifest in life. The ten is essentially the result of previous thoughts, actions and emotions. Something happens.

So the ten is when creation manifests in your life, and a new cycle starts. This end and new beginning can be a physical manifestation in your life or a deeper understanding of the inner-self.

Because the 10 contains the energies of the number one and the zero, it is more powerful and vibrant than either of the single digits on their own. The severity or joy of the outcome depends on the energy transmitted in the earlier stages.

We find the symbolic meaning of the number ten associated with the Wheel of Fortune in the tarot deck and in numerology the 10 also carries the element of luck. But this can be fortunate or unfortunate depending on the energy the individual adopted.

From a positive perspective, the ten augurs an air of confidence, optimism, creative power, success and the ability to adapt to your new circumstances.

However, to benefit from the positive powers of the 10 you must show determination and leadership qualities – in other words, take charge of your thoughts, emotions and actions.

The Negative Aspects of the number Ten

All numbers and symbols have a positive and negative outlook which are the opposite duality of the other. The negative ten, therefore, resembles an individual who is pessimistic, lacking confidence and unable to recognise their true power and potential.

Ultimately, negative manifestation leaves a person unfilled and consistent failures can lead to self-righteousness and arrogance in order to cover up deep-seated frustrations.

As I found from my own experience, the number 10 can guide you to a moment of realisation. It was seeing after synchronicity of tens that I first realised numbers and symbols serve a significantly meaningful purpose.

If the goal you set out to achieve fails, or you have a bad experience, consider which thoughts, actions and emotions caused the outcome. How have you been behaving lately? What energies did you transmit? You will probably find they were negative – thus resulting in a negative outcome.

If you are seeing the repetition of tens, your unconscious is sending a signal that you have started a fresh cycle and are setting out along the path of the unknown as symbolised by the card of The Fool in the tarot.

This new start – especially if the manifestation is physical – may be a continuation of what you already know and you must choose whether to continue doing what you are doing or if something problematic has manifested in your life you should take a look at where it might have gone wrong.