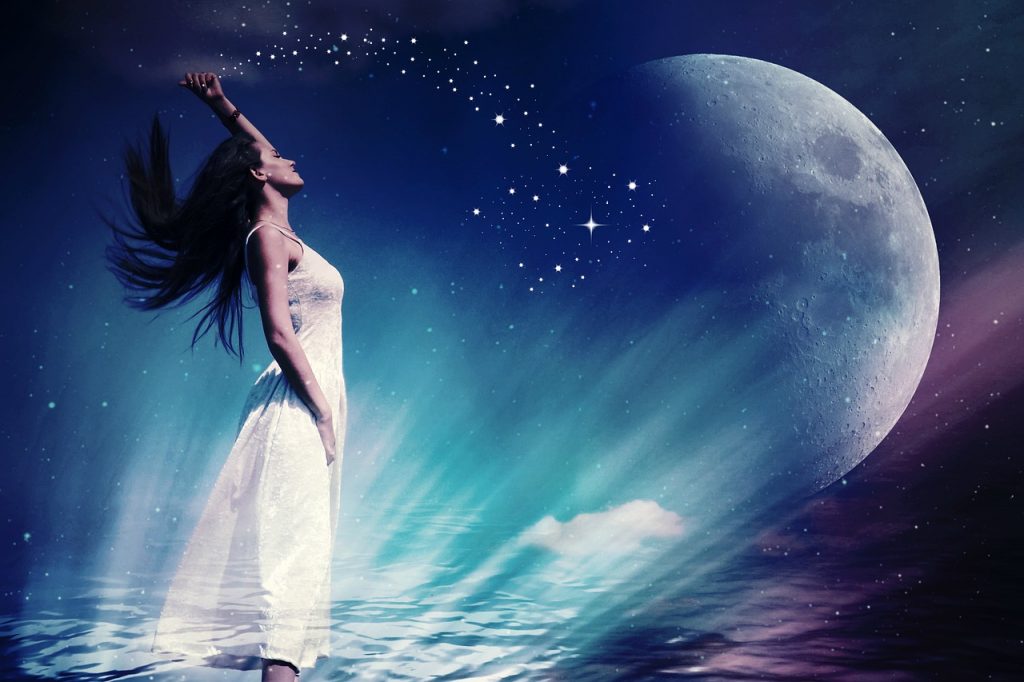 What Are The Lokas In Hindu Mythology

Hindu mythology teaches us about the creation of the universe, human nature and the essence of consciousness. One of the best symbolic tools that help explain the true nature of mankind is the Lokas – the 14 worlds of Vedic cosmology.

Some people translate Sanskrit texts literally and believe these worlds the ancient writers describe actually exist. You will find commentators on Vedic cosmology – such as the snippet below from “Hari-vamsa” – attempt to explain what the inhabitants of each planet are like.

“Above the planetary systems where humans live is the sky. Above the sky is the orbiting sun, which is the entrance point of the heavenly planetary systems. This is the middle of the universe where begins the planets of those elevated by great austerities and penances. The planets above these, up to Satya-loka are the residences of those advanced in spiritual knowledge. All these planets are within the material world and under the control of Devi, and therefore called Devi-dharma.”

For me, the 14 worlds the Lokas in Hindu mythology describe your state of mind. Hindu mythology can be used as an analogy to explain the conditions we create for ourselves on planet Earth. In ancient symbolism, planets are used to describe chakras, the energy centres of the body.

In turn, energy determines our mood and general well-being. Ultimately, it is the subtle energies of the body that moulds our personalities and character traits. Indeed, everything we experience in life is a result of how we transmute and project energies from our inner world into the outer world.

What Does Loka Mean?

The closest translation for Loka in modern English is “underworld.” More precisely, Loka reflects you inner-world and the various realms through which the subconscious mind exists.

In my opinion, the word “Loka” in Hindu mythology was used by ancient Sanskrit writers to express the various states of mind we experience together with associated emotions that are triggered as a reaction to an experience. Likewise, emotions can impact thoughts.

Hindu mythology describes 14 worlds. In gematria, a mathematical mechanism used in symbolism, 14 breaks down to the number five (1 + 4). Therefore, we have the four natural elements; water, fire, air and earth, together with the fifth element essence. It is the subtle energies of the four universal elements that create our essence (or ego).

Hindu cosmology explains the upper worlds, Satya-Loka, are inhabited by devas (gods); “those advanced in spiritual knowledge.” The earthly realm is where humans reside and the lower worlds are home of the asuras (demons). The lowers worlds of the Lokas, or to give it its other name, the Underworld, is the equivalent to Hell in other religions.

The material world is Earth and is inhabited by individuals that have emotional attachments to possessions and physical needs for gratification. The beings in this realm are driven by desires that are stoked up by emotions.

The lower realms, Patala Loka, is where the lowest beings live together with nagas – multi-headed serpents. The beings that live in “Hell” have no control over their minds or emotions and are easily drawn into temptation – like Eve in the Garden of Eden. It is their cravings that creates the suffering in their minds.

The Symbolic Meaning of Patala Loka in Hindu Mythology

Although science and philosophy cannot provide a succinct explanation for consciousness, it is generally considered to exist out of the body and inside the body. You could say it is “God.” Consciousness is the universal intelligence that is present in energy and thus all nature.

The human subconscious appears to be connected to a universal mind, an electromagnetic field which is a mysterious mass of vibrating energy that connects corresponding frequencies in the same way as radio signals or mobile phone numbers work.

Furthermore, our conscious status is either heightened or lowered in relation to how we think, feel and behave. Given these factors can alter our frequency from one moment to the next its good practice to intermittently return your attention inwards.

The concept of the Lokas explains how we can flit between realms of consciousness, whether we are aware of them or not. Most days we will experience very subtle shifts and not notice the changes occurring deep within us. We are rarely conscious of our inner-self until we take the time to stop and take notice.

The subconscious mind transcends the material realm and the astral realm. It is from the latter that our conscious mind receives thoughts. What we perceive as our own thoughts are actually pulled from the collective unconscious and reflected in the conscious mind.

The Vakyavritti of Sri Sankaracharya says: “Have no doubt about the fact that you are no other than the consciousness which is the self-illuminating the modification of the mind.”

Often times, we do not become aware of our internal issues until we have lived in the lower realms of existence for so long that we cannot take any more. Then we decide we are going to change; but changing thoughts and emotions that are programmed within the subconscious is not as easy as we would like it to be.

However, we do have a choice to change by making a conscious decision to change our habits and act on those decisions. Until we do that, the mind cannot transcend the lower dimensions of existence and we continue to feel confused, angry and frustrated.

The lower realms of the Lokas in Hindu mythology are known as patalas. They represent states of mind we descend into when we exist with delusion and ignorance. When we do not see what we are doing is wrong, even when we are consciously aware of our demons, we are guided by ego – and not the true self; pure consciousness.

For the most part, living in the lower realms breeds fear-based emotions which misguide us. And sometimes it is the fear of changing your habits that prevent you from trying to adopt new behaviours. Overcoming these fears is the art of self-development.

When we allow ourselves to be controlled by emotions and cravings, we experience suffering. Small changes can help; saying mantras to change patterns of thinking will prompt different actions. It is through action that we regenerate energy and start the paradigm shift.

Learn to understand the hidden meaning of ancient symbolism, and you have a powerful tool that can be used to help understand the working of the inner-world. The Lokas in Hindu mythology map out which “world” we are experiencing and give us the inclination, and determination to move into higher realms to get a taste of paradise.

Master Mind Content is a leading authority in decoding ancient symbolism . Our research unveils the secrets to understanding and taking control of the the subconscious mind, channeling energy to self-heal and effectively using universal laws to fulfil your potential.
« Power, Patience, Prosperity: The Symbolic Meaning Of Elephants
The Symbolic Meaning of the Hindu God Indra »