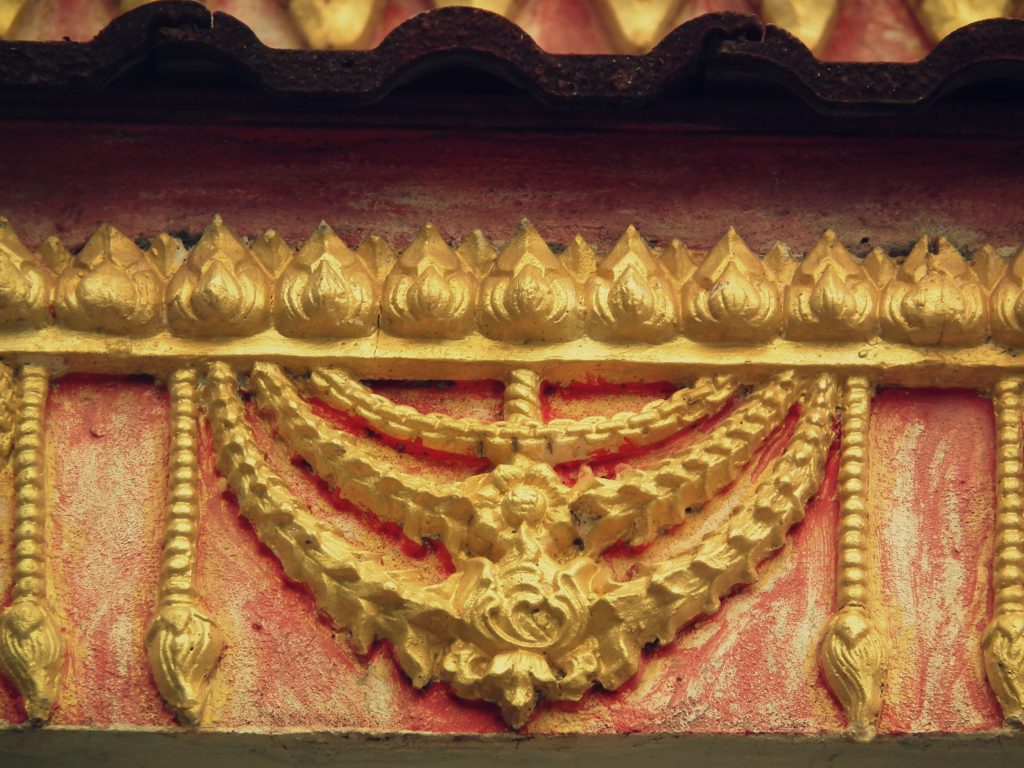 The Symbolic Meaning of the Victory Banner in Buddhism

The victory banner is a symbol in Tibetan Buddhism that celebrates enlightenment. More precisely it represents the stage of higher consciousness when an individual has mastered their emotions.

It is easy for us to allow our emotions to run away with us, and the Buddha, together with other religious texts and philosophies, explain how mastery of the self is the principle ingredient of happiness.

Whilst ever we live in a state of ignorance, we experience negative emotions which ultimately cause disharmony and distraction. The victory banner symbolises triumph over negative emotions.

Today, the banner is typically found as a flag on the roof of temples as a sign of victory. In the Mahabharata, Krishna’s chariot is also adorned with a banner bearing the image of the monkey-god, Hanuman.

Hanuman represents our mischievous nature that ultimately gives in to our dark, sinful thoughts. You know those moments of temptation where you id wants something, but your ego knows you shouldn’t…

Overcoming this aspect of desire is a personal victory over your emotions. The Victory Banner in Buddhism celebrates the achievement of mastering all negative emotions.

The symbol was adopted by early Buddhists to celebrate the enlightenment of the Buddha – heralding the triumph of self-mastery over ignorance.

The Buddha said there are four aspects of human nature that hinders the course of an individual’s path towards enlightenment. He called them “Mara.”

Once you have conquered these four negative traits, the Buddha says you can reach nirvana.

It is the challenge for individuals seeking enlightenment therefore to master your emotions, after which you will naturally find happiness from within and your external surroundings.

The Victory Banner and its Relation to the Element of Air

The victory banner in Buddhism is also associated with the element of air. Flags do not come to life without wind.

Air, of course, is one of the four principal elements used in alchemical symbolism, astrology and other divination practices. It is associated with thought and emotion. In the chakra system, it is connected to the heart chakra.

The victory banner also relates to knowledge and wisdom and encompasses compassion and ethics which are traits that come from the heart.

Essentially, it is through your feelings towards things, and others, together with the ability to analyse knowledge through thought that allows you to take charge of your environment.

A good place to start doing this is with Buddha’s Four Noble Truths.

Master Mind Content is a leading authority in decoding ancient symbolism . Our research unveils the secrets to understanding and taking control of the the subconscious mind, channeling energy to self-heal and effectively using universal laws to fulfil your potential.
« The Symbolic Meaning of the Treasure Vase in Buddhism
The Symbolic Meaning of Two Golden Fish in Buddhism »