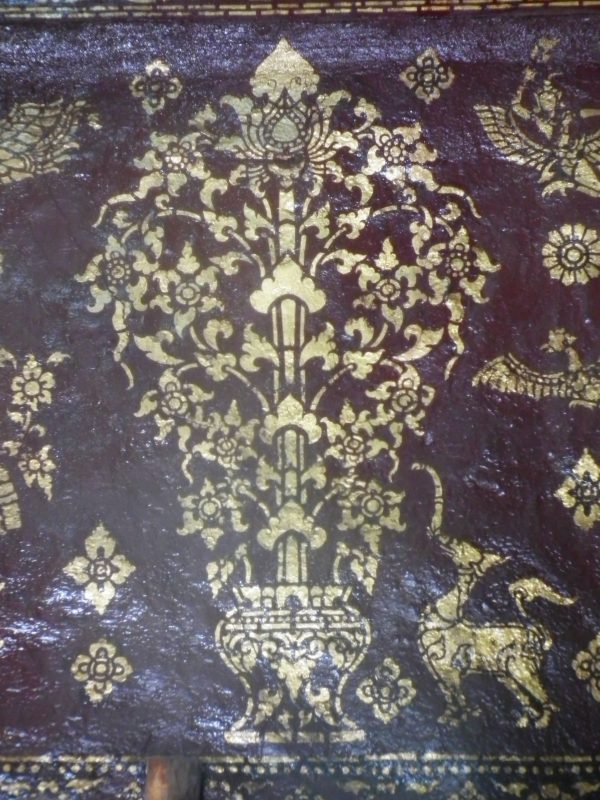 The Symbolic Meaning of the Treasure Vase in Buddhism

As the name suggests, the Buddhist treasure vase is a symbol of wealth and prosperity.

Today the vase is typically used to collect money, thus alludes to material wealth. However, its true esoteric and spiritual meaning relates to the liberation of the mind.

The treasure trove is a somewhat ironic symbol. On the one hand, mainstream Buddhism talks about the rich benefits of learning how to become a Buddha. Is there any greater scope of wealth than enlightenment?

On the other hand, the treasure vase in Buddhism is associated with material riches and the gathering of desires – principles that are not advocated by Buddhist monks that give up everything in the search of enlightenment.

Gautama Buddha said that all suffering comes from attachment to desire and that to end suffering one has to cease caring about end results. J Krishnamurti echoed these sentiments when he said the secret to life can be summed up in five words:

“I don’t mind what happens!”

The organised religion of Buddhism today declares the “vase of inexhaustible treasure” represents the wealth of knowledge and spiritual abundance given to us by the Buddha.

Yet observe a Buddhist society and you find worshippers offering food, money and gifts to monks. Others stuff valuable goods placed in treasure vases placed on altars in churches and mountain shrines.

Buddhist monks accept these offerings with grace, but how much valuable and “wealth” giving knowledge do they part with in return?

In my own experience, they don’t share a great deal. Other than providing basic meditation techniques and the odd philosophy, it is not what I would describe as rich content.

It’s a start, but it is not the profound wisdom you can learn by studying the self. But how do you find your Buddha within? It’s not easy!

It is my view that the organised religion of Buddhism does not share this wisdom of self-realisation with laypeople. You have to find the truth for yourself.

And when you know the true symbolic meaning of the treasure vase, you have valuable knowledge from which you can draw inspiration and connect with your inner-Buddha.

An Alternative Interpretation of the Treasure Vase in Buddhism

If you take the half-truths given in mainstream Buddhism, we understand the treasure vase symbolises wealth, liberation and spiritual abundance.

More significantly, we can interpret that to actually mean the acquisition of wealth and liberation through spiritual practice. And you do that by understanding your true nature.

The treasure vase is symbolic of the human body and mind. More succinctly it is the chakra system. Learning how to connect with your true self through these energy centres will bring more richness and freedom into your life.

As you can see in the diagram below, each of the chakras is represented within the design of the treasure trove.

The seventh energy centre, the crown chakra is represented by the white flames inside the oval top that also represents the third eye chakra, the mind’s eye, or All-Seeing Eye.

Portrayed in Buddhist iconography as a rotund base and short slim neck, the treasure vase shares similarities with the Florence flask used in alchemical symbolism of medieval Europe.

Alchemical artists used a chemistry flask to represent the tanden and the central nervous system. In essence, the design is a representation of the seven tier chakra system which ancient sages say is central to spiritual growth.

The ancient Ayurvedic sages taught the energy centres of the chakra system have special powers that can be used for attaining and retaining perfect health.

The seven chakras can also be used to advance spiritual growth by means of self-realisation, and the ancient alchemists of Europe described this using the Florence flask that is used for the dissolution process in chemistry.

Throughout the medieval period, scientists pursued the hobby of turning base metals into gold, following the principles written by wise men. It is still believed today that the practice of alchemy is about transforming metal.

What ignorant men do not realise however, (both then and now) is that alchemy is code for turning base consciousness into higher consciousness – the spiritual equivalent of worthless lead into precious metal.

The alchemical process involves dissolving basic instincts, desires, defilements, ignorance, and fear and replacing it with love and positive energies.

We find the same connotation of material wealth applied to the treasure vase in Buddhism, although the real wealth comes by way of opening the chakras and using the energy to heal and find peace within oneself.

The riches you procure from the Buddhist treasure vase, therefore, is self-actualisation, the unburdening of the mind and liberation from material bondage.

Although modern-day Buddhists use the treasure vase as a vessel to give money in return for good karma, it has nothing to do with the gain of material wealth.

However, you can acquire spiritual wealth once you understand what the treasure vase actually symbolises. Your energy centres. And Buddhists do not tell you this.

Master Mind Content is a leading authority in decoding ancient symbolism . Our research unveils the secrets to understanding and taking control of the the subconscious mind, channeling energy to self-heal and effectively using universal laws to fulfil your potential.
« The Symbolic Meaning of the Endless Knot in Buddhism
The Symbolic Meaning of the Victory Banner in Buddhism »