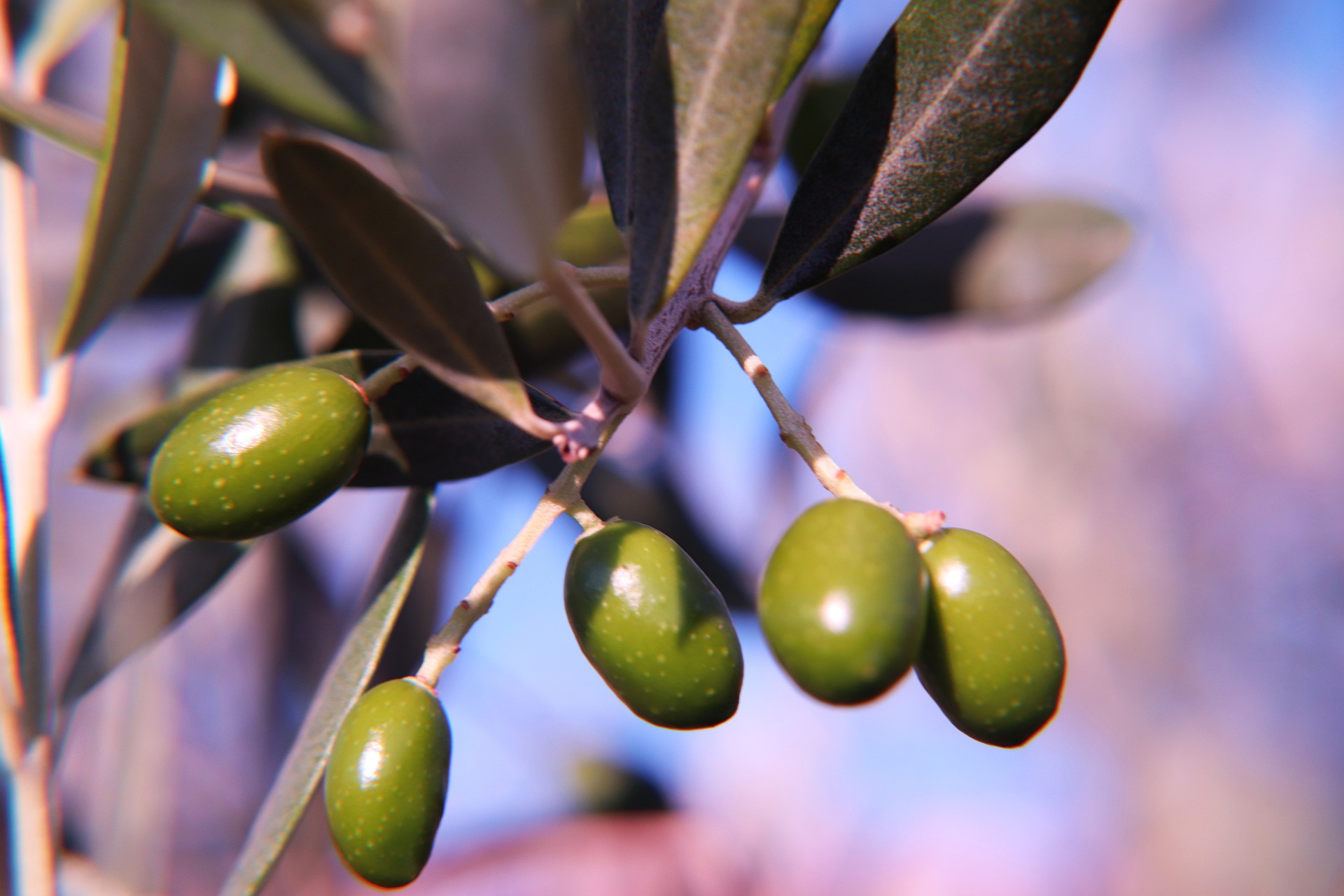 The Symbolic Meaning of the Olive Tree

We are told by religious “authorities” that the symbolic meaning of the Olive Tree or olive branch is peace, friendship, victory, wisdom, fertility, prosperity, immortality and success.

Taken at face value the exoteric interpretation is misleading. Subsequently, commentators conclude the symbol of the olive means a “reconciliation with God”, the end of a conflict between warring nations or the start of a peaceful new world.

The esoteric meaning of the olive tree, on the other hand, relates to the resolution of a conflict within yourself; the battle between the ego and self, or to put it another way, subconscious programs and emerging conscious awareness.

After facing a difficult period you eventually find peace of mind. Your triumph over adversity can be considered a triumph - “success” or “victory”. Having expanded your conscious awareness and acquired inner wisdom, you have the potential to be more prosperous and fertile.

This article explains the exoteric meaning of the olive tree. Let’s take a closer look.

The Meaning of the Olive Tree in Christianity

The most prevalent meaning given for the olive tree, or olive branch, is peace and victory. It’s used this way in Greco-Roman mythology and Christianity together with Jewish and Arabic traditions.

In the Bible, the most enduring image is the dove returning to Noah’s Ark with an olive branch clenched between its beak.

“And the dove came back to him in the evening, and behold, in her mouth was a freshly plucked olive leaf. So Noah knew that the waters had subsided from the earth.” (Gen 8:10-11).

We are told by Christian sources that the olive branch is a symbol of peace following the reconciliation with God.

But what is God?

To unpack the esoteric symbolism from the exoteric interpretation, you need to know what God represents. He is consciousness in its full glory. What we think of as God has been called by many names but given consciousness pervades the Universe, I will call Him The Universal Mind.

God made man in his own image. However, man is not complete because consciousness becomes fragmented in the minds of men and we are only the microcosm of the macrocosm; a wave in the ocean.

Fragmented or disassociated consciousness is analogous to the Fall of man from the Garden of Eden (Genesis, chapters 1-3). In psychological terms, this is the separation of the ego from the True Self.

The True Self is God in man in its fullness; when the individual becomes whole. When God sends the flood (Genesis chapters 6–9), it symbolises a chaotic episode following which unconscious content emerges and you undergo renewal and regeneration.

Thus you should expect to see olives following a period of turmoil following which you reach self-realisation - or inner wisdom. The olive tree is associated with the Greek goddess Athena, the goddess of wisdom and war.

The olive branch that Noah’s dove retrieves from the earth (physical reality) represents the moment we recognise a missing aspect of the True Self - a memory of who you truly are.

In the 2021 film, The Eternals, the character Thena, Marvels interpretation of the goddess Athena, is challenged to remember who she is.

By applying Jungian psychology, self-recognition involves identifying a missing aspect of consciousness that is outside your conscious awareness.

To reach a point of self-recognition sometimes…okay, oftentimes…requires a period of turmoil.

It is written in the Talmud that “the olive only gives its oil when pressed, and the Children of Israel are only brought back to the right path by travails” (Offerings, 23).

In Homer's Hymn To Demeter, the goddess of the grain sits under an olive tree as she watches the king's daughters pulling water from the well. As I explain in the full interpretation of the hymn, whilst Demeter sits under the olive tree, she recognises that she needs to change her way of being in order to heal her depression.

So if you're seeing a repetition of olive trees, you can be satisfied that a realisation you recently had is true. You may not have reached the destination of your self-discovery, but you are on the right path.

World mythology teaches us that recovering split-off pieces of your True Self is a process of emotional healing. It is necessary for the purpose of self-development and for achieving your aspirations in life. Moreover, the process of individuation enables you to become whole, and perhaps, immortal.

You can describe the concept described above with any of these words: peace, friendship, victory, wisdom, fertility, prosperity, immortality and success.

A Breakdown of the Symbolic Meaning of the Olive Branch

Friendship: The reconciliation of consciousness or “meeting of minds” is when the ego acknowledges a missing aspect of the personality and accepts it.

Victory/Success: Self-development requires an internal battle; God v Man. When the True Self defeats the ego, it is a victory so go and celebrate because these battles are hard. In ancient Greece, Olympic winners were awarded olive branches to reflect their hard-fought victory.

Wisdom: Recognition of the True Self expands conscious awareness and makes us wise. The olive branch is associated with Athena, the Greek goddess of War and Wisdom.

Fertility: When you expand conscious awareness you see the world through a wider lens, thus you’re more capable of creating the things you want in life. Jung recognised:

“Man becomes whole, integrated, calm, fertile, and happy when (and only when) the process of individuation is complete, when the conscious and the unconscious have learned to live at peace and to complement one another.” ~ Carl Jung, Man And His Symbols

Prosperity: When an olive tree is pounded, cultivated and nurtured, it bears healthy fruit. The same rule applies to the subconscious. You must prune old programs and nurture healthy programs through your thoughts and emotions. The subconscious is highly receptive to the power of suggestion.

“There is a universal law of action and reaction. The action is your thought. The reaction is the response from your subconscious mind. The subconscious is the law of correspondence. It responds by corresponding. As you contemplate the right action, you will automatically experience a reaction or response in yourself. You have now used the infinite intelligence resident in the subconscious mind to the point where it begins to use you; from then on your course of action is directed and controlled by the subjective wisdom within you, which is all-wise and omnipotent.” ~ Joseph Murphy - The Miracles of Your Mind

Immortality: This ties into the idea of death and rebirth. When we expand conscious awareness it is believed that we take the knowledge and wisdom with us into the next life.

Master Mind Content offers in-depth symbolism courses which explain the esoteric meaning of symbols found in world mythologies. When you understand the meaning of symbols and how they relate to thoughts, emotions and actions that you experience, you can use symbols and numbers to make better decisions and improve your quality of life.

Master Mind Content is a leading authority in decoding ancient symbolism . Our research unveils the secrets to understanding and taking control of the the subconscious mind, channeling energy to self-heal and effectively using universal laws to fulfil your potential.
« The Esoteric Meaning of Homer’s Hymn To Demeter
The Symbolic Meaning of Demeter in Greek Mythology »

Underlying Causes of Anxiety Read More
This Is Why You Can't Get No Satisfaction..? Read More
Tantalus in Greek Mythology Read More
1 2 3 … 30 Next »
Copyright © 2022 Master Mind Content. All Rights Reserved.
Search Our Site
We use cookies on our website to give you the most relevant experience by remembering your preferences and repeat visits. By clicking “Accept”, you consent to the use of ALL the cookies.
.
COOKIE SETTINGSACCEPT
Manage consent