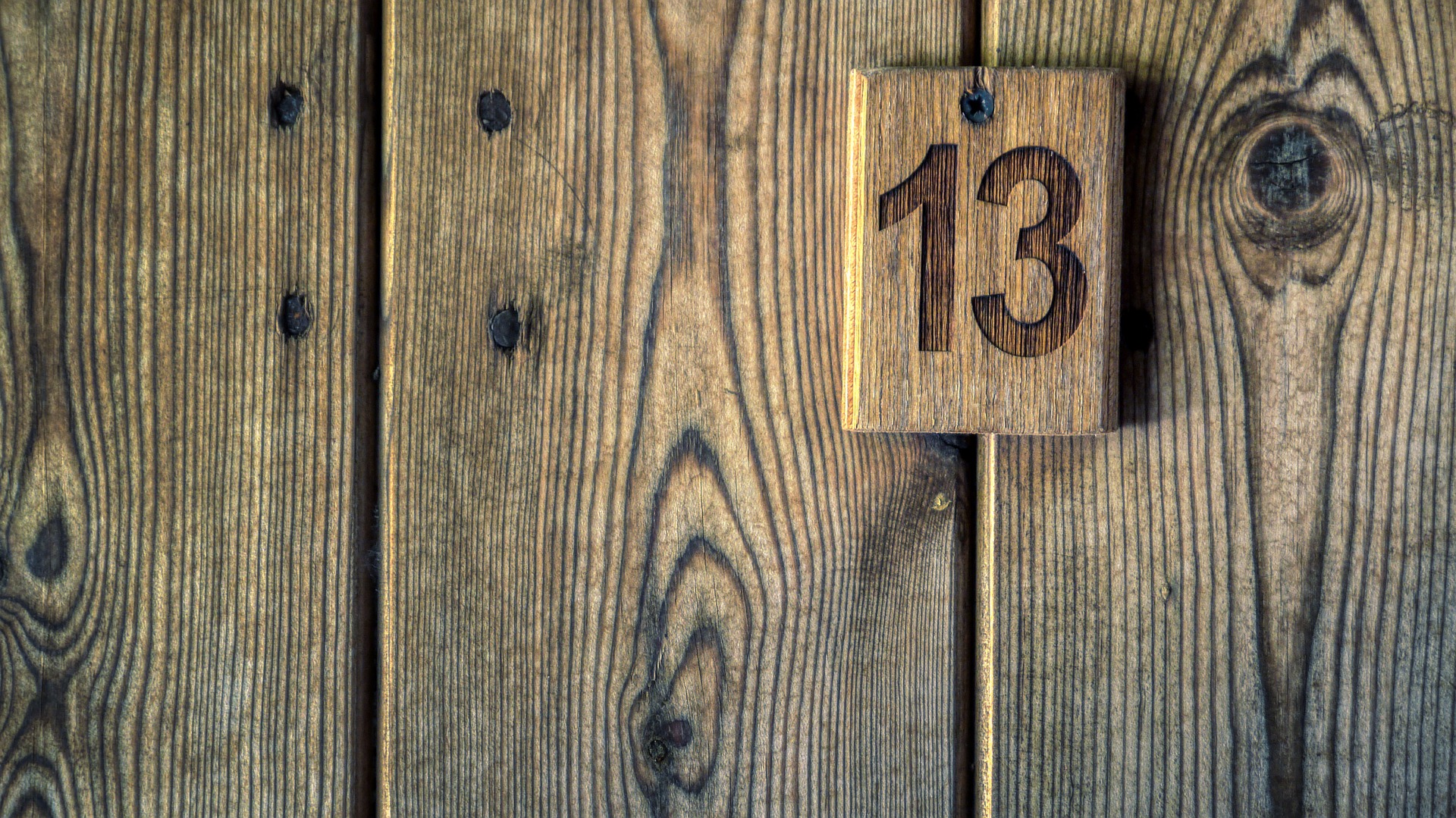 The Symbolic Meaning of the Number 13

Throughout the world, the symbolic meaning of 13 has a correspondence with bad luck because of its association with Friday 13th. This date is traditionally seen as a day when bad things can happen - but it is mostly a superstition.

This common belief dates back to 1307 when Emperor Philip V of France ordered the arrest, torture and death of the Knights Templar. It is thought the Knights Templars are the so-called “Illuminati” and the founding fathers of the modern Free Masonic Society.

The actual date the order was decreed was Friday 13th October – hence we still treat Friday the 13th as a day of bad omens. Some Templars escaped, others were given a pardon. They were the lucky ones.

Those that were tortured and murdered were clearly not the lucky ones.

Symbolic Meaning of the Number 13 in China

In China, the 13 is mostly associated with good luck, but because of its ties with four is also associated with bad luck. 1 + 3 = 4 and four is the number of death, but the word four and the word death in China sound the same.

In tarot, the 13th card of the Major Arcana is the Death card. But the Death card is by no means a bad card. It’s actually a pretty good card to pull because it has a symbolic meaning of the final end to something.

And we are also told that the symbolic meaning of the number 13 relates to the ending of old ways in order to bring in new beginnings. The outcome you experience at these times in your life is merely perceived as good luck or bad luck.

And this is why the symbolic meaning of the 13 is associated with good luck and bad luck.

However, the summation is misleading. The symbolic meaning of the number 13 can actually inform you of whether you are projecting good energy or bad energy. There is no such thing as good luck or bad luck, only good energy and bad energy.

The result determines your experience of life. And this is the true meaning of the number 13. When you see 13 showing itself to you, take stock to assess what is happening in your life.

Are you transmuting good energy or bad energy?

You can learn the deeper meaning of the 13 in the article titled The Esoteric Meaning of the Number 13. It explains what I mean by good energy and bad energy.

Alternatively, why not explore esoteric knowledge in greater depth and use numbers and symbols as a self-development tool. We show you how in our symbolism courses - and believe me, symbolism is a guide you want by your side.

Master Mind Content is a leading authority in decoding ancient symbolism . Our research unveils the secrets to understanding and taking control of the the subconscious mind, channeling energy to self-heal and effectively using universal laws to fulfil your potential.
« The Symbolic Meaning of Hexagons

The Symbolic Meaning of Hexagons Read More
Understanding Numbers and Symbols Can Change Your Life! Read More
Number Symbolism: Your Guide To A Better Life Read More
1 2 3 … 12 Next »
Copyright © 2022 Master Mind Content. All Rights Reserved.
Search Our Site
We use cookies on our website to give you the most relevant experience by remembering your preferences and repeat visits. By clicking “Accept”, you consent to the use of ALL the cookies.
.
COOKIE SETTINGSACCEPT
Manage consent