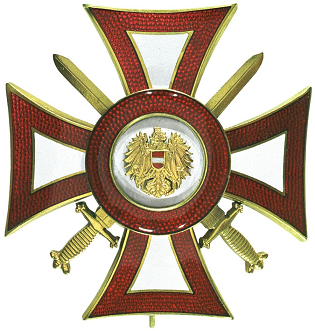 The Symbolic Meaning of the Crossed Swords

The symbolic meaning of swords is an alchemical symbol representing the power of thought, purification and transformation. The former has a direct impact on the latter two.

How you think determines whether you purify your mind and subsequently what you transform into. If you do not purify your mind, the things you manifest in life will not change.

Thus the saying “double-edged sword” simplifies the complex nature of the mind and ultimately of what we manifest in our lives.

In alchemical symbolism, the symbolic meaning of swords is associated with air which rules the matters of mind and navigation of thought. The ancient sages that developed esoteric symbolism likened thoughts to the air we breathe…

…as we inhale, air fills our lungs. Then we exhale and empty our lungs. The air disappears. Thoughts come into our minds and leave in the same way.

The human mind is an extremely complex weapon. We use our brains to solve complex issues, analyse concepts, create and form otherworldly ideas. We can even surprise ourselves with the wonderful thoughts we have sometimes.

But the mind is also highly destructive and can drive us to self-sabotage, moments of craziness and acts of stupidity. At times the mind can be difficult to control.

What we have to learn about the power of our mind is told in an ancient Zen proverb:

To gain mastery over the mind, you need to carefully watch your thoughts and try not to let them stray. The ability to concentrate on constructive thoughts that serve you will bring about the transformation you desire.

However, this is not easy to achieve and the crossed swords are an indication of the battle you must face to conquer your thoughts. In Celtic mythology, King Nuada carried a “sword of light” into battle with him.

The sword of light is a metaphor for reaching enlightenment – or gaining an understanding – by using the power of your mind. It is the capacity of every human being to master their mind…

The swords crossed in fighting represent the most highly concentrated mind. The symmetrical X-shape they create symbolises the balance of male and female energies; analytical thinking with emotional values, and creative thinking with reason.

This concept is described in Buddhism and Hinduism as cutting through the ignorance of illusion. To free yourself from the bondage of the suppressed mind, you must purify your mind and strive to achieve a higher level of understanding.

Meditation helps to achieve this, but so too does intense levels of thinking. This in itself is meditation. After all, meditation is not merely sitting crossed legged and chanting as the practice has become, it is concentrating the mind on one single focus of thought.

Increasing your powers of concentration involves consciously training the mind to wield its power. So, by all means, sit cross-legged. Otherwise, sit in a chair and stare at the wall.

It does not matter what form of practice you take to fine-tune your powers of concentration. But once you master your thoughts and learn how to receive answers, you will solve many problems and face fewer challenges.

The Spot the X Marks

The crossed swords form the letter X – or as we also know it, a cross, often used to denote something which is wrong. And the symbol of the crossed swords does have dual meanings; positive and negative.

The cross represents the male and female energies which are essentially the crux of creation. The X has long been used in ancient symbolism to simplify the concept of spiritual – or psychological – transformation.

The X symbol was used as early as ancient Babylon. It is the symbol for Nimrod, the cursed descendant of Abraham. He represents the demonic nature of mankind who is enslaved to his subconscious mind.

X is still assigned to products of man’s animal instincts today. X-rated movies appeal to our sexual desires. The flag of Amsterdam where prostitution is openly touted has three XXX’s.

You could also consider The X Factor – a so-called ‘talent show’ viewers are addicted to despite it being utter shite (only my opinion of course.)

Author and researcher, Barbara Walker describes the X as the “tumbling Cross” in her book The Woman’s Dictionary of Symbols and Sacred Objects. The X is considered to be the anti-Christ of the upright cross.

In Masonic circles, the X represents Lucifer. Although Christianity denounces Lucifer as evil, the translation from Latin means the “bringer of light.”

This concept again illustrates the dual nature of the mind; the ability to understand through higher consciousness and the tendency to self-destruct by being enslaved by the basic instincts of our animal nature.

Like every symbol, the X has a positive as well as negative meaning. In Egypt, the Sun God Osiris was also denoted with the tumbling X. Osiris is the personification of enlightened men and bears a direct resemblance to Jesus.

Both Osiris and Jesus are also directly linked with the third eye chakra, the source of which thought to be the pineal gland by some researchers. This is our mind’s eye from where we can visualise our future and create it as reality.

The X therefore – and thus the cross swords – symbolises illumination and the ability to master the mind.

Through the purification of thought, we are able to transform ourselves from the animal instincts of our base consciousness and gain a more profound understanding of ourselves by tapping into the higher conscious mind.

To do this, we must free ourselves from the entrapment of the subconscious mind and realise we live in an illusion generated by our perception.

When the crossed swords are drawn to your attention on several occasions, it is your subconscious reminding you of the dual nature of your mind. Bear in mind that the symbolic meaning of swords could be a warning to be mindful of how you think and act.

Master Mind Content is a leading authority in decoding ancient symbolism . Our research unveils the secrets to understanding and taking control of the the subconscious mind, channeling energy to self-heal and effectively using universal laws to fulfil your potential.
« The Esoteric Meaning of the Cross Keys
Drinking Fountains in Valencia: The Symbolic Meaning of Fish and Snakes »

The Symbolic Meaning of the Olive Tree Read More
What Do Bells Represent In Esoteric Symbolism?  Read More
Why Three Is The Magic Number? Read More
1 2 3 … 11 Next »
Copyright © 2022 Master Mind Content. All Rights Reserved.
Search Our Site
We use cookies on our website to give you the most relevant experience by remembering your preferences and repeat visits. By clicking “Accept”, you consent to the use of ALL the cookies.
.
COOKIE SETTINGSACCEPT
Manage consent