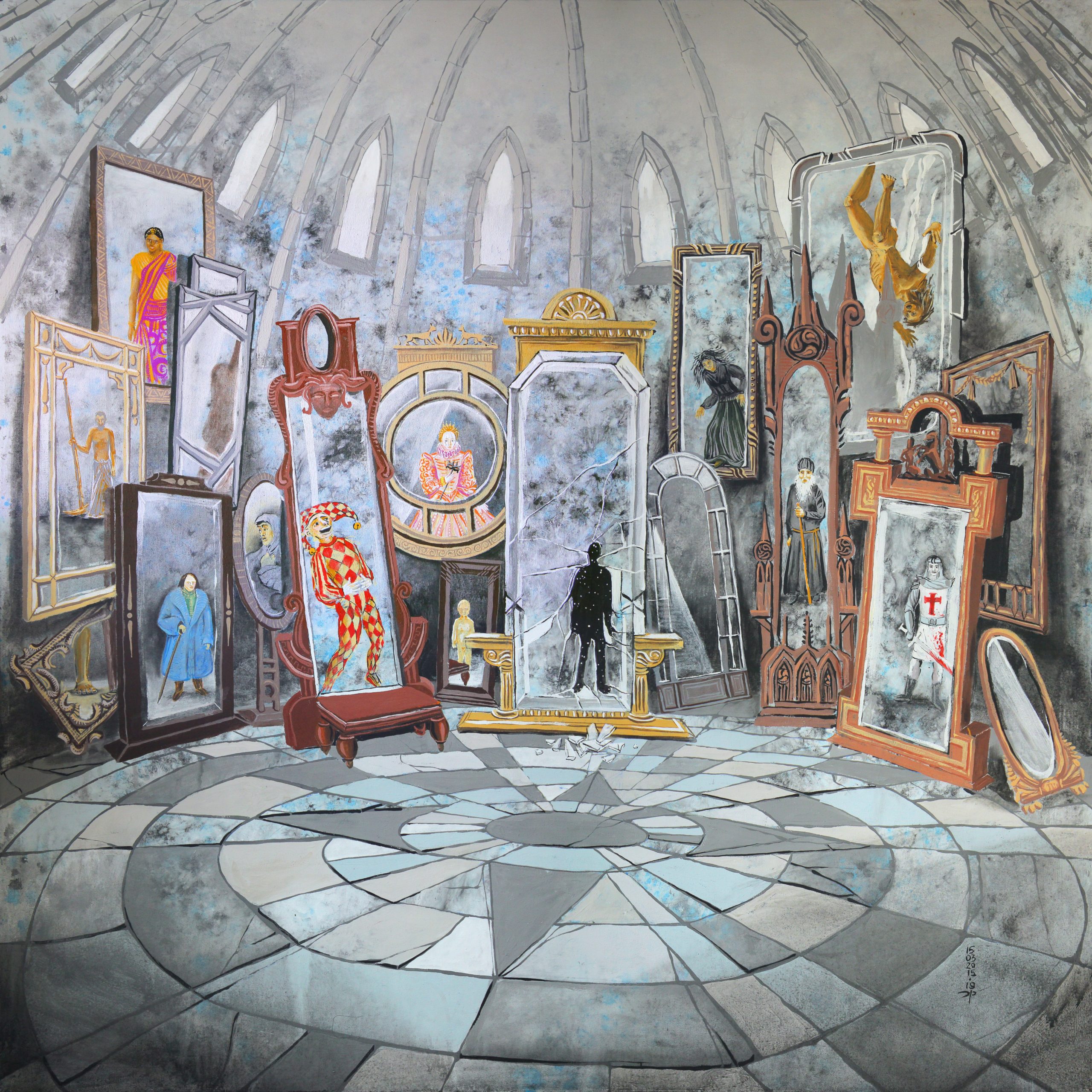 The Role of Archetypes and Complexes

Archetypes and complexes sit at the core of Jungian psychology. To truly understand yourself, it is my opinion, that you need to know how to recognise archetypal energies and determine their role in the emergence of complexes.

No one has done more for the development of archetypes as a psychological tool than Carl Jung. The theories of the eminent psycho-analyst were most probably inspired by Sigmund Freud’s work on complexes.

The works of Joseph Campbell, Marie-Louise von Franz, Jean Shinoda-Bolen, Robert Moore and Douglas Gillette among others has been vitally important as well.

Archetypes and complexes are intricately entwined but are of themselves, different. To understand a complex, you have to understand the archetype that is causing it.

Archetypal energies are responsible for instinctual patterns of behaviour, perception, attitudes and emotions. They also reveal themselves in images and themes.

Jung’s complex theory is based on the idea that everyone has a split personality which is constructed of multiple energies. Other respected psychologists acknowledge the same principle.

“Multiple personality is humanity in its natural condition. In other cultures, these multiple personalities have names, locations, energies, functions, voices, angel and animal forms, and even theoretical formulations have different kinds of soul. In our culture, the multiplicity of personality is regarded either as psychiatric operation or, at best, as an integrated interjections or partial personalities.” ~ James Hillman, Archetypal Psychology

Hillman goes on to say that by attaching faces and names to archetypal personalities, it is possible to perceive psychic phenomena “with precision…rather than generalised in the manner of cultural psychology as feelings, ideas, sensations, and the like.

Given archetypes can help you determine why adopt destructive behaviours, negative thinking, bad attitudes, and limiting beliefs etc, understanding archetypes and complexes is arguably the most powerful self-development tool there is.

So what are archetypes and what are complexes?

Jung described the archetypes as belonging to the collective consciousness. In other words, they are patterns of behaviour, psychic development and human nature that are common to mankind regardless of colour, culture or sex.

The archetypes are essentially personality traits. They can be identified by certain behaviours, emotions and attitudes. When all 12 main archetypes are present and balanced in the conscious mind, you are “whole, integrated, fertile, and happy.”

“….the archetype is an element of our psychic structure and thus a vital and necessary component in our psychic economy. It represents or personifies certain instinctive data of the dark, primitive psyche, the real but invisible roots of consciousness.” ~ Carl Jung, The Archetypes and the Collective Unconscious para 271

Because archetypal energies pursue similar patterns of expression, you, or a knowledgable analyst, is able to observe or predict which archetypes are most dominant, which are imbalanced and which need integrating.

When an archetype takes control of and dominates the personality, a complex ensues.

This theory is, of course, a hotly debated topic. However, there is evidence to suggest analysts should take time to study the role of archetypes and complexes.

An article published in The Journal of Analytical Psychology titled: Archetypes, Complexes and Self-Organization by Peter Saunders and Patricia Skar reads:

“Self-organization is a process typical of large complex systems and is generally accepted to operate within the brain and to be important in its functioning. Examples of self-organization in biology are related to the psychic processes that form the complexes. It is then natural to define the archetype in terms of the complex.”

Complexes are emotional by nature. How they are expressed is dependent on a network of associations programmed in the personal unconscious. It is these very programs the ego responds to.

Your behaviour can help you predict which aspects of an archetype is dominant (dynamic). All archetypes have positive and negative qualities. The unconscious aspect of an archetype appears in the form of images and symbols.

“They [complexes] have a dynamic and a formal aspect. Their formal aspect expresses itself, among other things, in fantasy images that are surprisingly alike and can be found practically everywhere and at all epochs, as might have been expected. Like the instincts, these images have a relatively autonomous character; that is to say, they are “numinous” and can be found above all in the realm of numinous or religious ideas. ~ Jolande Jacobi’s book, Complex/Archetype/Symbol in the Psychology of C.G. Jung

What’s the Difference Between Archetypes and Complexes

The key difference between archetypes and complexes is that the latter is only related to the personal unconscious. Whilst everybody has the potential to suffer from the same complex, its expression will manifest differently as a direct result of personal experiences.

There are many complexes; the most common is the father complex and the mother complex. You may also have heard other common complexes such as the Oedipal complex, Don Juan complex, inferiority and superiority complexes.

A complex is autonomous energy that drives specific behaviours; addictions, fears, hopes, desires and intention. Many of the behaviours are considered “irrational” or compulsive and essentially create problems in your life.

Archetypes can be categorised as energies that form personality traits, attitudes and beliefs. They determine who you are as a character, shape your view of the world and prompt how you react to your environment.

“Archetypes, therefore, exist as biological entities. While certain forces are associated with the archetype, archetypal forces do not act only as a complex is first being formed, because if an experience is sufficiently strong to affect the complex, then self-organization can shape it into a somewhat different form.” ~ Archetypes, Complexes and Self-Organization by Peter Saunders and Patricia Skar

It is often the case that a complex goes undetected until it develops into a potent neurotic power; anxiety or depression are indicators that something is wrong with the psyche.

However, Jungian psychologists such as Jolande Jacobi discovered more subtle ways to identify the “revealing actions” of complexes: “slips of the tongue, and falsifications of memory and judgment. They cut across the adapted performance of consciousness.”

The psycho-biological system of mankind, you could argue, is governed by the 12 main archetypes. Complexes emerge when archetypal energy is split off from an individual’s consciousness.

The purpose of the complex is to draw attention to the conscious mind. It is a means for the unconscious content of a certain archetype or archetypes to warn you of the need to integrate the missing fragment of consciousness.

If a complex is left unattended, the psyche can develop other complexes that depend on it. Complexes that are formed at a later time in your life may reflect the earlier complex but reveals it is even more out of control.

The more “split-personalities” exist in an individual, the more neurotic and psychopathological they are. The most famous example of dissociative identity disorder was the case of Shirley Mason, a psychiatric patient whose life was portrayed in the 1973 book Sybil.

And so there are some 325 archetypes in mainstream psychology. Many of the archetypes are simply different names for the 12 main archetypes (e.g Trickster is also called Joker, Jester, Thief), whilst others are offshoots of the primordial archetypes (Grandstander Bully, Highchair Tyrant).

It is acknowledged that there are 12 main archetypes to work with in order to find the core personalities of the human psyche. It is essentially, the 12 core archetypes that you need to integrate and balance into the conscious mind.

Master Mind Content actually teach you about 12 archetypes; there are 12 key persoanlity archetypes around the Ruler archetype. The latter is the decision maker, the voice which gives you free will.

The Ruler is your most important archetype. However, it is often persuaded by the most dominant archetype. If you mostly harbour the negative qualities of a certain archetype, you will fund yourself trapped in addiction (Lover), or depression (caregiver), destructive behaviour (Destroyer),  quarrelsome arguments (Creator), Recklessness (Warrior) and so on.

For the purpose of self-development, and for curing neurosis, it makes the most sense to focus on the 12 main archetypes given there are 12 cranial nerves in the brain.

Cranial nerves regulate emotions and control the five senses; in other words, they are responsible for patterns of behaviour and our perception of the world. Mind over matter is a quality of the 13th archetype.

Is there a connection between the cranial nerves and ancient mythology. It's quite remarkable how often 12 gods appear in various cultures and religions around the world; 12 disciples that follow Jesus, 12 tribes of Judah, 12 houses of the zodiac around the sun etc.

These "coincidences" make you wonder just how “primitive” ancient man actually was, doesn’t it?

In actual fact, we have a lot to thank the writers of ancient mythology for. The gods may have been imagined in dreams and inspired by nature, but it is clear that the archetypal energies we find in myth provides a powerful tool that helps you determine which unconscious energies are trying to break through into your conscious thinking.

The reason we use mythology at Master Mind Content is to help you remember the functions of each archetpe. Images and stories are far easier to remember than the list of the positive and negative qualities listed in our archetypes chart.

Master Mind Content has developed a self-development program that shows you how to recognise archetypal energies and adjust your thoughts, actions and emotions accordingly. With these tools, you will be able to release repressed consciousness, develop your personality and upgrade your subconscious programs with energies that deliver a better quality experience of life.

Sign up for our Essential Self-Development Program today, release repressed consciousness and enrich your quality of life.

Master Mind Content is a leading authority in decoding ancient symbolism . Our research unveils the secrets to understanding and taking control of the the subconscious mind, channeling energy to self-heal and effectively using universal laws to fulfil your potential.
« Archetypes in Mythology: Cadmus And Harmonia Part 3
The Symbolic Meaning of Reincarnation: The Law of Thermodynamics »

Is Social Media Giving Your Teenager Anxiety and Depression? Read More
6 Ways You Can Deal with New Job Anxiety and Stress Read More
Underlying Causes of Anxiety Read More
1 2 3 … 23 Next »
Copyright © 2022 Master Mind Content. All Rights Reserved.
Search Our Site
We use cookies on our website to give you the most relevant experience by remembering your preferences and repeat visits. By clicking “Accept”, you consent to the use of ALL the cookies.
.
COOKIE SETTINGSACCEPT
Manage consent