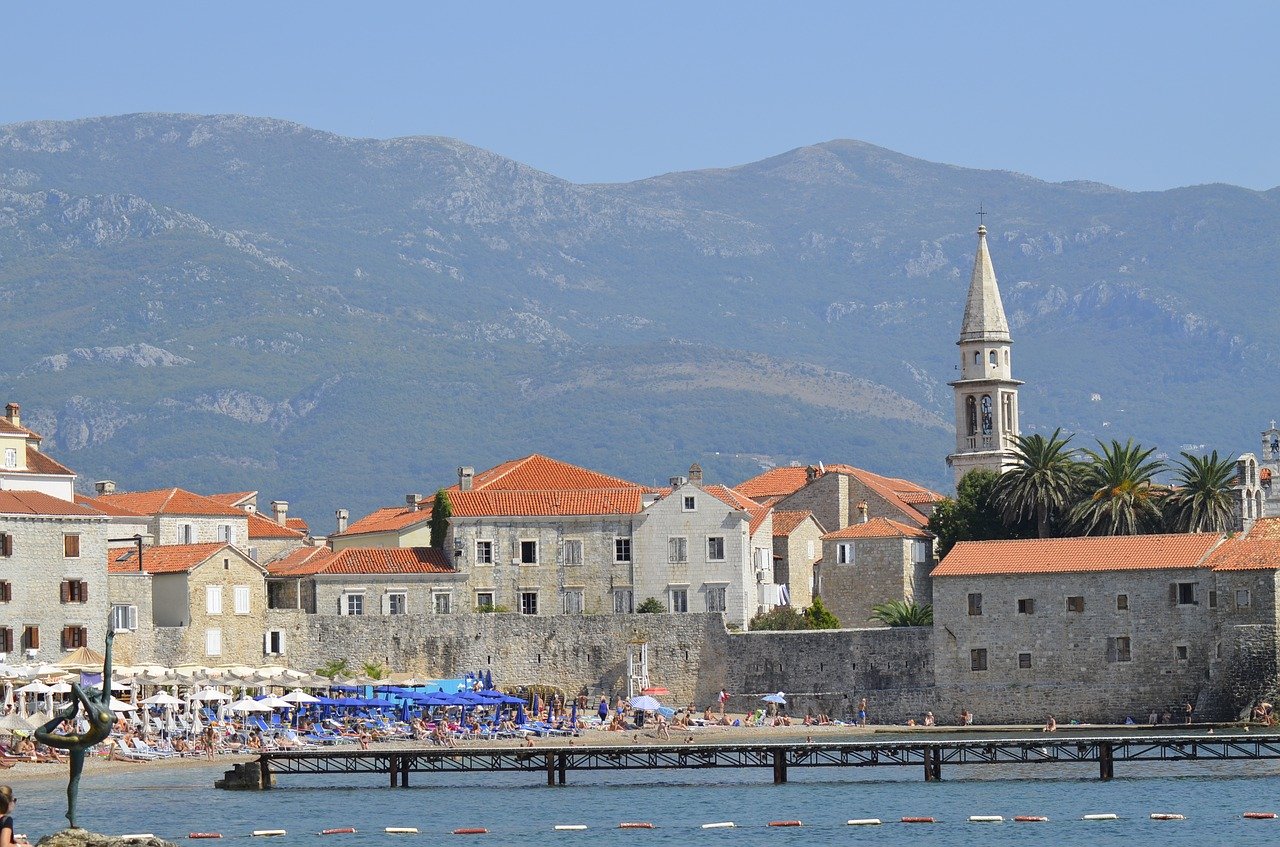 The Legend of Budva: The Myth of Cadmus And Harmonia

On a recent visit to Budva in the scenic climes of Montenegro, I was excited to learn the city was founded by the Greek warrior hero Cadmus and Harmonia, his divine wife.

Here was a chance for me to go on an adventure and find traces of the myth around the city.

Budva is a delightful coastal resort situated in a rocky peninsula on the fringes of the sparkling Adriatic. Founded sometime in the 5th Century BCE, the legend of Budva states how the Old Town was built by Cadmus, a Phoenician Prince, son of King Agenor.

According to Greek legend, Cadmus had originally founded Thebes - a powerful city in ancient Greece (not to be mistaken for the Thebes of Egypt).

However, after civil unrest forced the king and his wife out of the city, their travels brought them to the beautiful bay of Boeotia.

Today, the city is called Budva.

The Myth of Cadmus and Harmonia

The story of Cadmus and Harmonia actually begins with Europa, a beautiful princess who Zeus takes a shining towards. As with every other mortal the insatiable god lusts after, Europa is whisked away.

Europa’s father, King Agenor, is distraught and dispatches his sons to find their sister. None of the brothers is successful, but they all build a new city.

The Greek myths describe the journey of Cadmus, considered to be a warrior and the first dragon slayer in history. His story was first told by Herodotus in the 5th Century BCE - although the poet estimated Cadmus lived some 1600 years before him.

According to Herodotus, Cadmus arrives in mainland Greece and visits the Temple of Delphi to consult with the Oracle. He is told to forget about the wishes of his father and build his own city.

The Oracle also tells Cadmus to follow a white cow with a half-moon-shaped pattern on its flank. Wherever the cow comes to rest is the place where Cadmus should build his new city.

Cadmus locates the cow in Phocis and follows it to Boeotia (Cow Land). In another myth, the cow is gifted to Cadmus by the King of Phocis. Either way, the cow guides the prince to the banks of a river.

Before the building work can begin, Cadmus needs to sacrifice the cow to the goddess Athena. In order to perform the ceremony, he sends his men to fetch sacred water from a nearby spring.

The spring belongs to Ares and is guarded by a serpent-dragon, the son of the War God. The Ismenian Dragon kills Cadmus’ entire army of men. Seeking revenge, Cadmus stuns the beast with a rock before driving a lance through it and impaling it to a tree.

Cadmus then has to pay eight years of servitude to the Ares as penance for killing his son. During that time, Athena instructs the prince to take the teeth from the dragon and sow them into the ground. Cadmus does as he is told and a small army of men (the Spartoi) emerged.

However, Cadmus is fearful of the warriors. Confused, he hurls a rock into the middle of the crowd which sparks an irrational fight. When the melee is over, only five men are left standing.

These five men help Cadmus to build the citadel of Thebes. Legend states that the five men became the five noble families of Thebes.

After the new city is built, or after serving his 8 years penance, (depending on which account you read) Cadmus is offered the goddess Harmonia as a bride.

Harmonia is the beautiful daughter of Ares and Aphrodite. They spend many years as King and Queen of Thebes and have five children; Polydorus, Ino, Autonoë, Agave, and Semele.

However, the couple’s dynasty is fraught with trouble due to a necklace presented to Harmonia on her wedding day. The ‘Necklace of Harmonia’ had been crafted by the Olympian God of the Forge, Hephaestus - the betrayed husband of Aphrodite who was bitterly jealous of her love affair with Ares.

The Founding of Budva

Conflict and rebellion in Thebes eventually forced Cadmus and Harmonia into exile. Pulled by a team of oxen, the couple eventually arrives on the coast of the Adriatic and establish a new city, Bouthoe - derived from the Greek word for Oxen. Today the city is called Budva in Montenegro.

The region was in conflict and the People of Encheleae appealed to Cadmus to become their leader. It had been prophesied they would defeat their neighbours, the Illyrians, if Cadmus lead them into battle.

Towards the end of his life, Cadmus was still deeply troubled. Some sources say the ill-fortune was because he killed the son of Ares. However, Cadmus had already paid penance for that.

In The Bacchae, Euripides wrote that Cadmus is given a prophecy by his grandson, Dionysus. If Cadmus and Harmonia transform into snakes, they would become gods.

Cadmus makes a wish for the gods to transform him into a serpent. Seeing her husband growing scales, Harmonia requests the same fate. The couple is transformed into black serpents with blue spots.

Master Mind Content is a leading authority in decoding ancient symbolism . Our research unveils the secrets to understanding and taking control of the the subconscious mind, channeling energy to self-heal and effectively using universal laws to fulfil your potential.
« Woof or Wolf? The Esoteric Meaning of Dog Symbolism
How To Use Esoteric Symbolism For Self-Development »

Tantalus in Greek Mythology Read More
Artemis and Apollo Slay The Children Of Niobe Read More
Apollo in Greek Mythology Read More
1 2 3 … 7 Next »
Copyright © 2022 Master Mind Content. All Rights Reserved.
Search Our Site
We use cookies on our website to give you the most relevant experience by remembering your preferences and repeat visits. By clicking “Accept”, you consent to the use of ALL the cookies.
.
COOKIE SETTINGSACCEPT
Manage consent