Throughout the course of history, the mystical Celtic cross appears to have served several purposes; for both practical uses and spiritual symbolism that harbours esoteric understanding of creation.

Opinions as to the esoteric meaning of the Celtic cross divided, but this is the beauty of esoteric symbolism; the true meaning is hidden and only revealed to initiates.

Or people like me that find pieces of the puzzle and put them together!

Given its name, the Celtic cross tends to be associated with the ancient Celts of Britain and Ireland. The oldest known example dates back more than 5000 years. 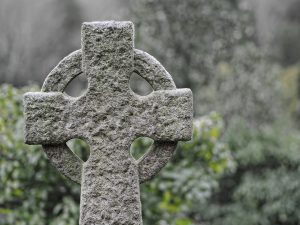 However, the symbol of a circled cross is not restricted to Britain but can be found in mainland Europe and traced to India, Egypt and other countries in Asia Minor.

It is commonly looked upon as an ancient pagan symbol in the modern world, although Presbyterians and Catholics like to believe it the “Christian Celtic cross” originated with as a symbol of Christ.

How can they be so wrong? The Celtic cross was adopted an official emblem of the Catholic Church during the reign of Constantine – and according to author Crichton E M Miller lost its true meaning until the knowledge was discovered by the Knight’s Templar.

It is also interesting to note, the Latin cross which later became the principal symbol of Christianity is a Celtic cross without the circle. Could there be a significant reason for this..?

Practical Uses of the Celtic Cross

Historians and archaeologists prefer to theorise the cross served a practical purpose during ancient times – namely astronomy and navigation.

There is the possibility that the gaps between the circle and the cross might have been used to minimise the night sky in order to determine direction and course. 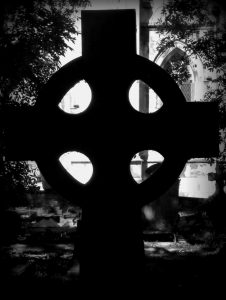 But it seems to be a narrow-minded point-of-view. Why did the ancients carve the symbol out of great chunks of stone and carve them on rock? Large stone crosses are far too heavy to carry on to a boat!

Seafarers would have used a smaller instrument that resembles a Celtic cross, and the Antikythera Mechanism found in the Mediterranean near Greece does feature a cross in a circle.

But a navigation device was certainly not the symbols principle purpose. It has far greater significance than a sailor’s tool.

Other archaeologists argue farmers were astrologists and used the ringed-cross to determine the cycle of the seasons.

The significant points were used to measure the astronomical cycles of the sun, moon and seasonal equinoxes and solstices, together with the time of day.

Whilst it is true the Celtic cross has been discovered in fields, built-in heavy stone so they don’t blow over in the wind, some of the earliest symbols were carved on rock faces – which suggest the symbol had a deeper, more significant meaning than tracking cycles of time.

Furthermore, why would the Church adopt a symbol that was used merely for telling the time of day, and helping sailors find their way across the ocean?

The theories of scholars do not make logical sense. However, I do not intend to dismiss the theories completely out of hand, and it is quite plausible the ringed-cross served several purposes.

However, given what I understand about ancient symbolism, there is definitely a deeper esoteric meaning of the Celtic cross.

What I am certain about is the Celtic cross is an ancient symbol used to artistically represent the connection between man and spirit. By mastering this innate gift, man is the maker of his own creations.

The Spiritual Meaning of the Celtic Cross

Despite all the theories of what the esoteric meaning of the Celtic cross is, there can only be one true meaning that has lasted for thousands of years.

And that is the spiritual meaning. 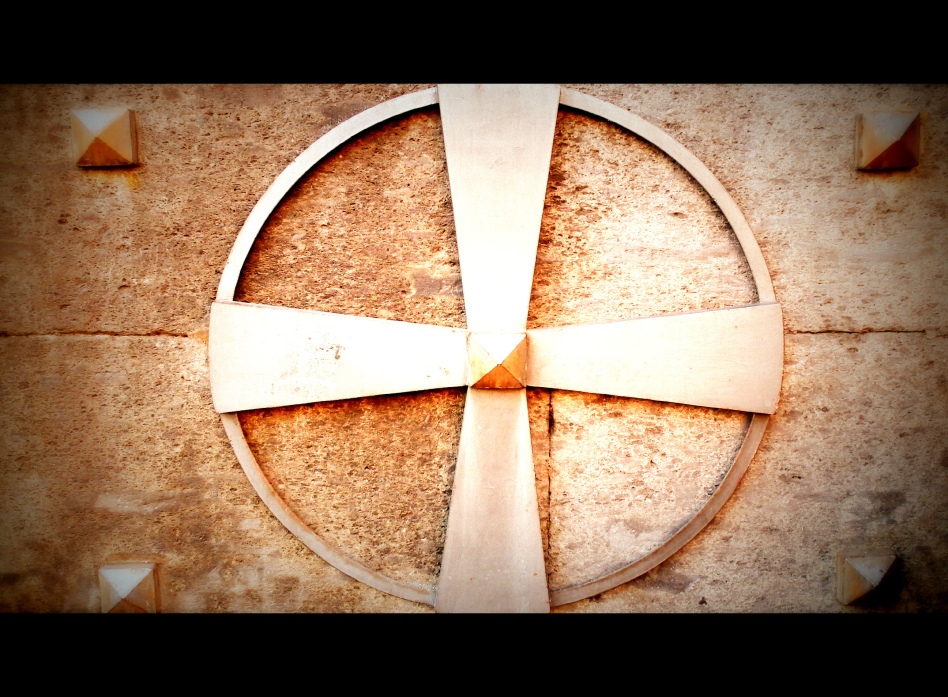 The cross represents the physical aspects of man and the planet. The circle represents spirit.

The Celtic cross with its circle encasing a cross represents the divine connection between the physical aspect of man and the absolute spirit of our true selves.

The English author, W. L Wilmshurst describes this concept as:

“The human body is the tomb of transformation; the grave which the soul descends for the purpose of working out its own salvation, for transforming and improving itself and ascending out of it the stronger and wiser for the experience.”

Wilmshurst was also a freemason. The secret society represents this concept by using the square and compass, the latter of which draws a circle, the former which is divided into equal parts by a cross.

Ancient alchemists believed the Celtic cross resembled spirit and matter, the union between heaven and earth, spirit and physical – “as above, so below”.

Leonardo’s da Vinci’s, and artist that practised and understood ancient alchemy illustrated man’s connection with the divine in his diagram, Vitruvian Man.

You will note in the drawing of Vitruvian Man that he touches both the side of the circle and the square in three places; the fingertips of each hand and his standing feet. 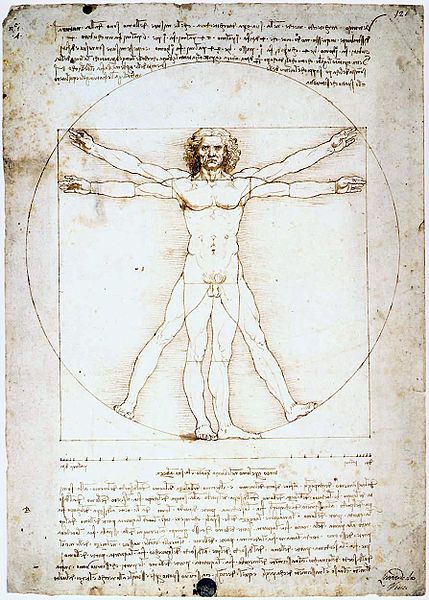 What does this particular image of Vitruvian Man remind you of?

If you look closely at the Celtic cross, you can see the concept of the ‘physical’ square and the ‘spirit’ circle. The cross is essentially the dimensions of a square and represents the physical body.

Even in the most basic understanding of symbolic meanings, the cross represents the four cardinal directions, the four elements, the four seasons and the four states of matter – hence the physical aspects of the earth.

In esoteric symbolism, the four points of the cross represent the physical body and the imperfections of mankind; desire, ignorance, impurity and fear.

The circle, on the other hand, is a symbol of completion and perfection. It represents spirit – the opposing reflection of our physical aspect.

When mankind learns how to harmonise the physical mind with divine consciousness, we lift ourselves from base consciousness and attain absolute wisdom.

This is when we become balanced, complete and perfect.

Is the Celtic Cross a Sun Symbol?

The circle encasing the cross has also mean attributed as a symbol of the sun. This certainly seems to be the interpretation adopted by the new-age movement.

And it does certainly have a grounding in the ancient world. It is no secret that ancient builders erected their temples to align with celestial bodies and use the sun’s light to cast mystical shadows.

These sundials were also used to identify the time of day and track the seasons for agricultural purposes.

Christians also associate the circle with the halo of Christ. And it may well be, particularly as the halo of Jesus signifies he was an enlightened being – he has touched the divine.

But in Church iconography, all saints are also featured with a halo. In which case, the circle of the cross must represent enlightenment – when mankind discovers his true nature. 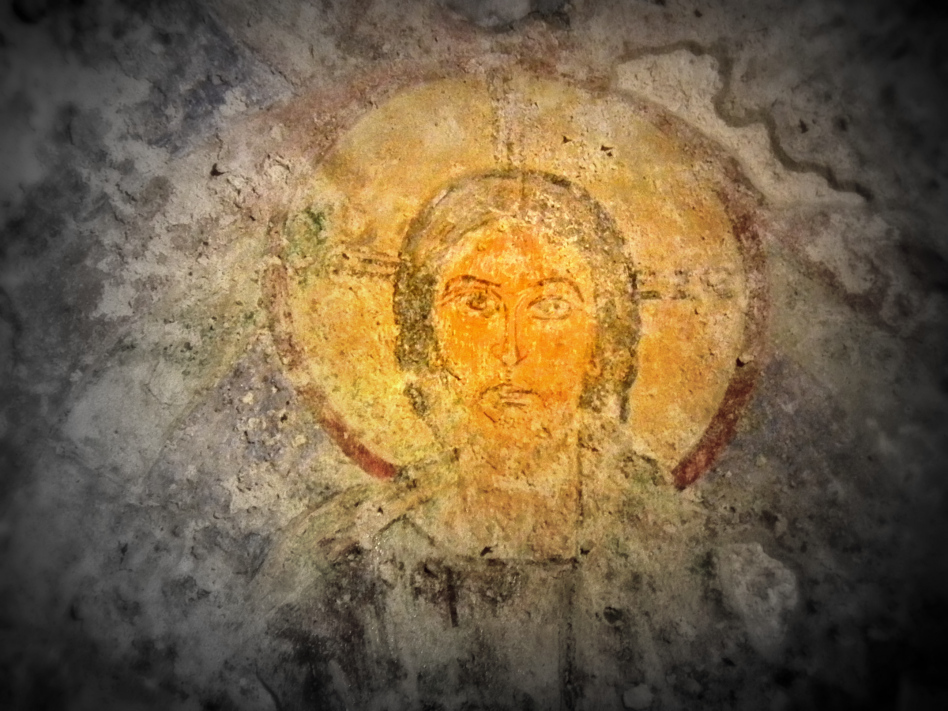 The halo is a symbolic reflection of the sun, the most powerful source of light known to man. When we are enlightened like Jesus and the saints, we are at our most powerful and spread light everywhere we go.

Here we find another clue to the esoteric meaning of the Celtic cross.

Take a good look at the image above. Do you see the cross in the circle? This is 2nd Century Christian art – about 150 years or so before the meaning of Celtic cross became occulted by corrupt rulers of the Roman Empire (and the Catholic Church).

So let’s go back to Vitruvian Man and the squaring of the circle. In this epic diagram, di Vinci visually explains man’s connection with divine spirit – our higher consciousness.

We see this same image and exact concept in Jesus sacrificed on the cross? And saints are also given a halo because they martyred themselves in the name of the Lord.

Saints were essentially murdered by the authorities for believing in the Truth, but the Church like to claim they sacrificed themselves for God.

So, the enlightened saints and such we find in paintings have the same meaning as the Celtic cross and the five-pointed star.

What they are all saying is when the four elements in man are brought into balance, we become masters of our higher consciousness.

The four elements represent aspects of our character and emotions (fire and water), thoughts (air), and actions (Earth).

When you realise this, you see why the Catholic Church removed the circle from the Latin cross.

When depicted on its own, the cross represents the physical, base consciousness of man. It only becomes symbolic of man connecting with higher consciousness when the martyred Jesus Christ is shown!

Sex and the Celtic Cross

It is when we are in touch with our divine spirit, our higher state of consciousness, that we become the great masters of creation that is innate within us.

Our best ideas – thoughts of creation – come from our higher consciousness. You just have to learn how to recognise them! 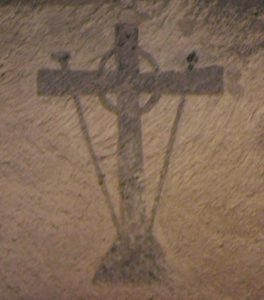 The union of male and female is another concept we find in ancient symbolism and is defined by the Celtic cross – Father Sky and Mother Earth!

The upright shaft of the cross is the male phallus and the circle is the female genitalia. When man and woman are connected in sexual union, the point where the penis penetrates the uterus makes a cross.

With the circle removed, the upright shaft of the cross – which became the Latin cross – marks the spot where a penis (male energy) enters the uterus (female energy).

So the next time you see a Christian wearing a naked cross, you can have a quiet chuckle to yourself that they have a sex symbol draped down their neck.

Sexual intercourse between male and female, of course, is required for the procreation of life in all forms – considered by many as the greatest miracle of all!

The coming together of male and female are the opposing energies required in order to find balance. When you find a balance you are perfect and complete.

I think it’s fair to say the Celtic cross has several meanings, but it is the concept of creation that is most important. And that is why the ancients etched it into rock faces and carved the symbol from huge chunks of stone!

Once you learn how to connect to higher consciousness, you understand you have innate powers of creation within you. Use them wisely!