The Deeper Symbolic Meaning of 72 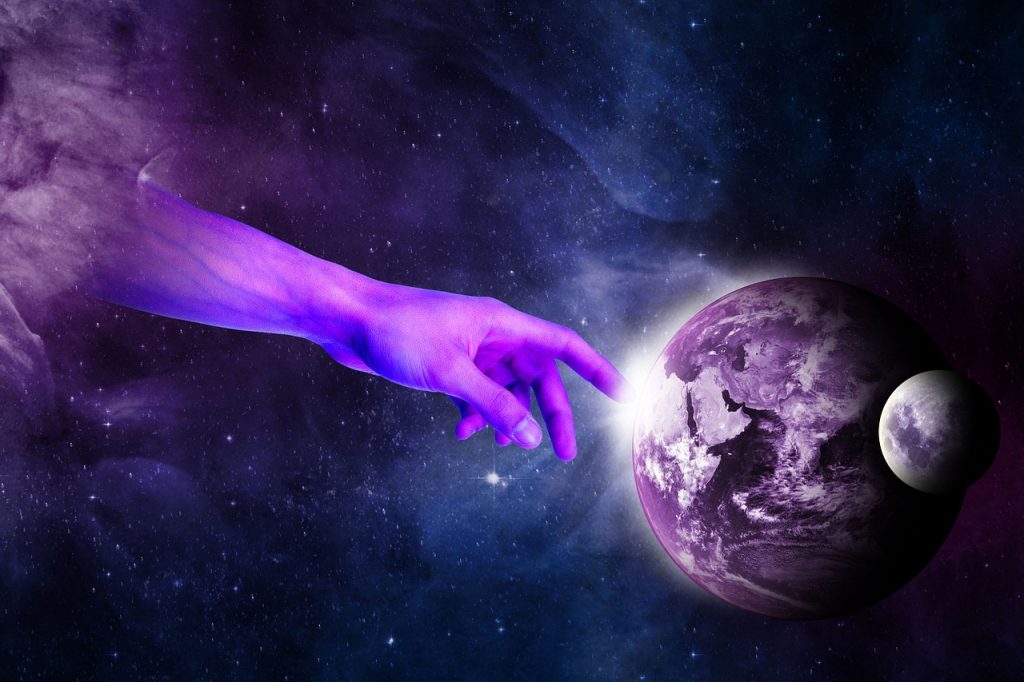 Everything in nature is energy. As I mentioned in the shorter version of this article, the symbolic meaning of the number 72 relates to subtle energies we are not aware of with the conscious mind.

NASA scientists estimate that 72 per cent of the Universe consists of dark energy. Regular readers of my work will know that energy is symbolized by the various gods, goddesses, demons and heroes of ancient myth.

The 72 emanations of God expressed in ancient texts, therefore, refer to 72 subtle energies, or qualities, that exist throughout the Universe. And therefore within the human body. We really are made of star dust.

In astrology, there are 72 angels that each correspond to a sign of the zodiac. Jacob’s ladder on which the angels ascend and descend has 72 steps.

As mentioned in the symbolic meaning of the number 33, angels are the messenger that deliver the pure codes of Universal wisdom within our DNA. This is how we communicate with the cosmic intelligence that creates nature.

However, most of our DNA cannot be decoded because our conscious levels are not high enough to understand the meanings. Just as 72 per cent of the Universe is beyond our understanding, 98% of DNA is not understood either.

Geneticists call this unknown quantity of cosmic code, “junk DNA.” Personally, I think this is a short-sighted and dismissive expression. If more scientists were consciously aware, they might realise we mankind has to protect our DNA and expand conscious awareness.

Unfortunately, most of our DNA is destroyed be toxic chemicals secreted by the brain. These toxic chemicals are released in relation to stress and fear – which we experience every day thanks to the corrupted design of our society.

But let’s not get into ‘conspiracy theories. I will leave you to decide for yourself whether the system works. What I want to do for you is to share my knowledge with you and explain how you can benefit from the esoteric meaning of the number 72.

When arranged using a specific formula, the Hebrew alphabet spells the 72 Names of God. Interesting enough, Solomon, a former King of the Israelites is said to have overcome the 72 demons he listed in the Goetia – also known as the Lesser Key of Solomon in the Grimoires. 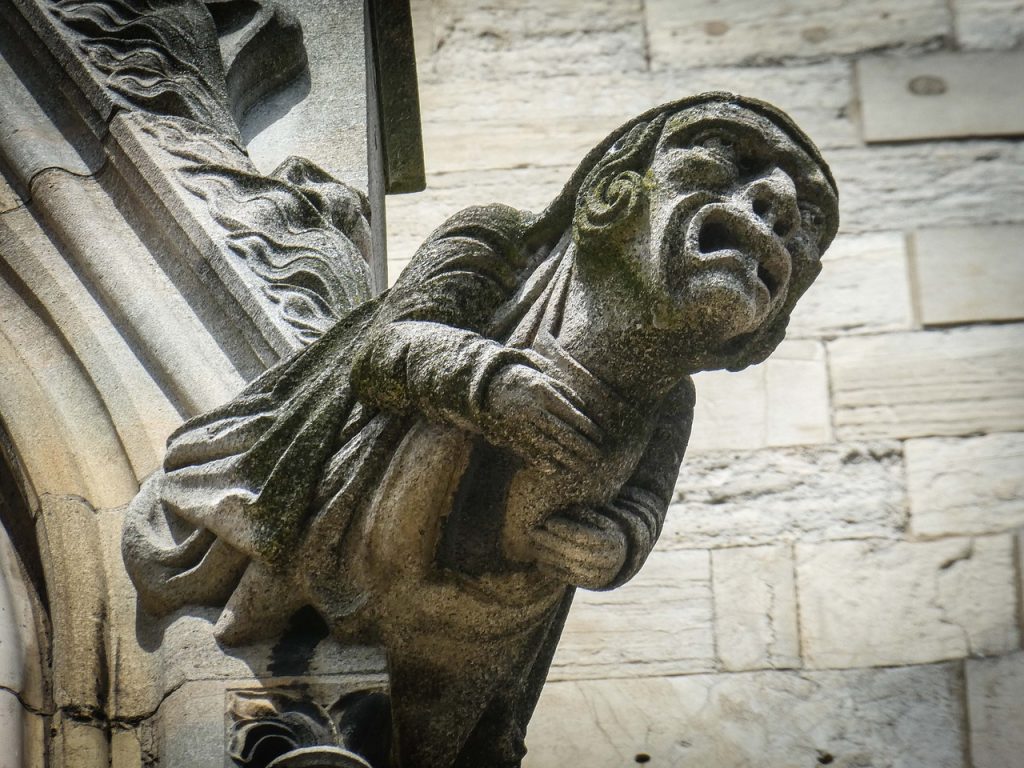 In esoteric symbolism, demons represent the lower faculties of our consciousness. Therefore, we can deduce the reference to the 72 emanations of God is your higher consciousness and the 72 demons are your lower conscious energies.

Psychoanalysts note that we have a dark side to our nature. Inspired by Sigmund Freud’s theory of the subconscious mind, Carl Jung described this concept as the ‘shadow self.’ He said:

“The unconscious mind is not just evil by nature, it is also the source of the highest good.”

Some sources claim, the Augustian nun, Ann-Catherine Emmerich, famed for her visions of Jesus and Mary Magdalene, saw 72 lower ranked angels helped Jesus overcome temptation when confronted by Satan (his lower conscious mind) in the desert.

Although I have not been able to verify the above claim, Emmerich’s visions do attest to my hypothesis. Furthermore, in astrology, there are 72 angels associated with houses of the zodiac. The 72 angels have the same name as the Gods but are suffixed with either ‘iah’ or ‘el’.

All the information points towards the number 72 being symbolic of subtle energies you have to identify within yourself and master. And the ancient Magi that wrote about it these qualities thousands of years ago show us how.

The New Testament explains that Jesus appointed 72 disciples in addition to the 12 apostles. Luke 10:17 says:

“The seventy-two returned and said. “Lord, even the demons submit to us in your name.”

Given the astrology connection between Jesus and the disciples relating to the 12 signs of the zodiac revolving around the sun, it seems reasonable to conjecture the ancients were also aware of the additional 72 energies – or the 72 per cent of dark energy that baffles modern scientists.

We find a similar principle is the book of Exodus. When Moses parts the Red Sea, the Israelites are fearful the waves will crash down on them. Moses tells them to remember the 72 names of God. By doing so, they recognised God (energies of the Universe) was protecting them.

The Precession of the Equinoxes

There is also another cosmic clue to the deeper meaning of the 72. The axis of the earth rotates around the earth at a rate of one degree every two years.

When you calculate the number of years it takes the sun to make a complete orbit of the earth it amounts to 25,920 years. Anyone familiar with the true purpose of the Mayan Calendar will know the significance of this number. 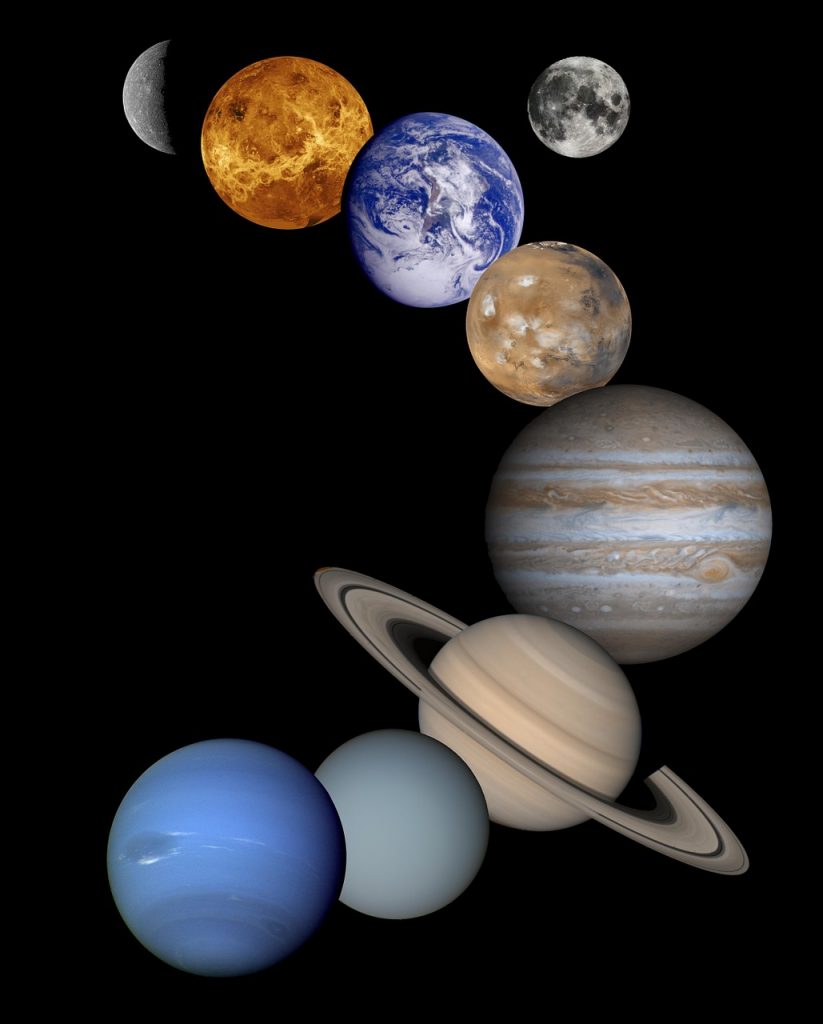 Every 72 years, the sun’s position in relation to Earth’s north pole moves by one degree. It, therefore, takes 25,920 years for the earth to complete the entire circumference.

When earth completes the entire 360 degrees, all the planets in our solar system are aligned. This is known as the precession of the equinoxes. The Mayan Calendar records this planetary cycle. This sacred calculation can also be found across many other ancient cultures.

When the Mayan Calendar ended on 22nd December 2012, we moved into the Age of Aquarius, the ‘water bringer’. One of the meanings of water in esoteric symbolism is conscious (an ocean of consciousness or stream of consciousness). Thus Aquarius is considered to be the age of enlightenment.

This stream of conscious connects you to “God” through his messengers, the angels. The angels remember are the neurons that send messages to various parts of your body. All this analogy means is that you have the potential to communicate with your higher conscious mind if you learn how to raise your vibration.

This rise in consciousness also comes with an increase in energy. I can tell you honestly from personal experience that when I meditated on the morning of the 22nd December 2012, I noticed a distinct increase of energy pulsating into my hands and feet. Other people that are sensitive to energy confirmed to me they also noticed a shift in energy.

72 Names of God in the Hebrew Alphabet

Kabbalistic traditions are rich in symbolism, and the number 72 bears a direct correlation with the Hebrew language. Legend records that the Hebrew language was devised by 72 scholars and that by using a mathematical sequence, the Hebrew alphabet spells the “72 names of God.” 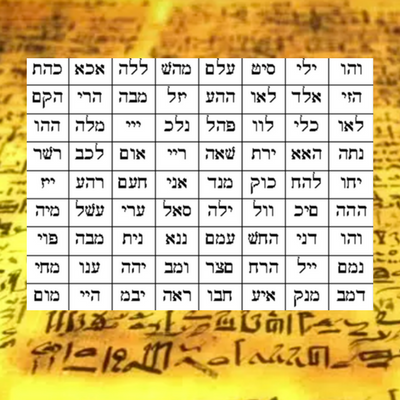 The mathematical system used by Kabbalists comes from an ancient mystical text known as Schemamphorash. The 72 Names of God comprise of 3-letters arranged by using a mathematical sequence, said to be an extension of the Tetragrammaton.

Furthermore, all 22 letters of the Hebrew alphabet are used in Exodus 14:19-21. It is said that the 72 words used in each of these verses are the 72 names of God. In English, the text reads:

19 And the angel of God, which went before the camp of Israel, removed and went behind them; and the pillar of the cloud went from before their face, and stood behind them:

20 And it came between the camp of the Egyptians and the camp of Israel; and it was a cloud and darkness to them, but it gave light by night to these: so that the one came not near the other all the night.

21 And Moses stretched out his hand over the sea; and the Lord caused the sea to go back by a strong east wind all that night, and made the sea dry land, and the waters were divided.

The symbolic meaning of the verses above relates to the dual aspects of man’s nature, good and bad, light and dark, angels and demons. This is why religions not only account for 72 emanations of God, but also 72 demons.

The Esoteric Meaning of the 72

In esoteric symbolism, numbers can be used together or independently. An ancient system of mathematics known as Gematria is used to separate a multiple digit number and add them together until you arrive at a single digit number.

Yes, it can be that simple. I keep symbolism as simple as possible so beginners can start using this knowledge without being mystified. You can learn from my blog, or for convenience, you can access more information in one place in any of my symbolism courses.

Remember the number of years it takes for the precession of the equinoxes to occur: 2592.

So let’s go back to 7 + 2 = 9. Nine represents absolute conscious. It is the last number of the standard numerical order thus also represents the final stage in the transformation of energy and the evolution of consciousness.

It is the transformation of energy in the number nine that manifests as your experience conscious experiences. The deeper symbolic meaning of the number 72, therefore, reveals how you can affect your physical reality by how the way you think, feel and behave.