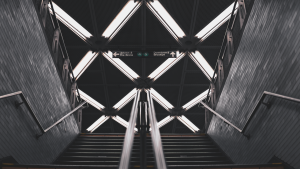 The Symbolic Meaning of the Number Four

The esoteric meaning of symbols and numbers can be used to your advantage. When you see the number four, you see a glimpse of your future - so pay attention to significant events or synchronicity in your life when the number four reveals itself to you.

From an exoteric viewpoint, the symbolic meaning of the four represents stability, the body, and the illusion of time – the 4th dimension. In the form of a square, the number four represents earth.

The scared number 4 is typically epitomised in squares together with the cross. It is often attached to references of the four cardinal points, the four elements, four quarters of the earth, four seasons and the four winds from which the one spirit is said to originate.

There are also four emotional states of the body: physical, emotional, sensation and spiritual;  four states of matter: gas, liquid, solid and plasma, and four forces of nature that bind matter together; strong, weak, gravity and magnetic electricity.

All the above are exoteric meanings of the number four. Exoteric means “intended for or likely to be understood by the general public.”

In other words, the exoteric meaning given for symbols is only a fraction of the jigsaw and can be misleading. To see the bigger picture you need to collect all the pieces of the jigsaw.

From the exoteric meaning given for symbols, it is possible to decode the esoteric meaning - the hidden meaning that you really should know about.

The Symbolic Meaning of Number Four in Religious Symbolism

In religion, the four is identified with creation - solid foundations, earth etc. From a psychological point of view, the human psyche is the cornerstones required to manifest things in your life.

The square represents the earth in Chinese symbolism. The earth can represent matter, but also represents the Soul. I reveal the true meaning of Mind, Soul and Spirit (or mind, body and soul) in the Beginner's Guide To Symbolism.

It is said in Christianity that there are four pillars that support heaven. There is a significant focus on the need for work and productivity. It is not a coincidence that you often find four pillars outside the entrance of government and civic buildings - the place of authority, which in mankind, is the conscious mind.

The decision-maker in your head is the ruler archetype which is the seat of the conscious mind. Yet, according to estimations put forward by psychologists, 90-95% of our actions are driven by the subconscious.

The subconscious is the ego and symbolised as the demi-god or the Devil, depending on whether your programs are a mixture of good and evil, or mostly evil. The Gnostics called the ego the demi-urge - the demon that thinks it's god.

In other eastern philosophies such as Buddhism, the principle of four represent compassion, affection, love and impartiality.

So here is a clue to the esoteric meaning; thoughts become things.

It is widely regarded in today’s frontier science that the energy of thought has the potential to manifest as matter. Although science has not found the unequivocal answer to the Grand Unification question, they are getting closer.

“The Law of Karma reveals scientifically how our current experience is affected by our past actions and how our current actions create our future reality. It shows us the root cause of everything. The Law of Karma empowers us to heal and transform every aspect of our lives and become a more powerful creator and manifestor.” ~ Dr. Rulin Xiu (neuroscientist) Tao Science, The Science, Wisdom, and Practice of Creation and Grand Unification

The number four is a key indicator that reveals the foundation of your ultimate goal. It is a glimpse of your future. This is why Pythagoras called the four the second most important number after the decad.

The decad is the number ten and represents the ned of one cycle of consciousness and the beginning of a new cycle. When you see tens, as opposed to 11s, you still have a lesson to learn.

When you see the number four consistently revealing its energy, it is the first glimpse of your future reality - when the cycle gets to the 10 or 11. So when you see fours, observe what is happening in your life at that moment.

If life is good, keep doing what you're doing. If it's not so good, I recommend doing some inner work to try and determine which missing aspect of your consciousness is trying to make itself known to the conscious mind. Observe your archetypal energies.

and you will have more control over the energy you transform.

This sometimes means you have to develop the mental strength to overcome the thoughts and actions of your habitual mind.

However, look out for three fours. When you see the repetition of 444 you have nothing to fear. In my experience, 444 appears to confirm an experience you have or information you receive can be trusted as the Truth.

Master Mind Content is a leading authority in decoding ancient symbolism . Our research unveils the secrets to understanding and taking control of the the subconscious mind, channeling energy to self-heal and effectively using universal laws to fulfil your potential.
« The Spiritual Meaning of Number Seven
The Spiritual Meaning of the Number Five  »