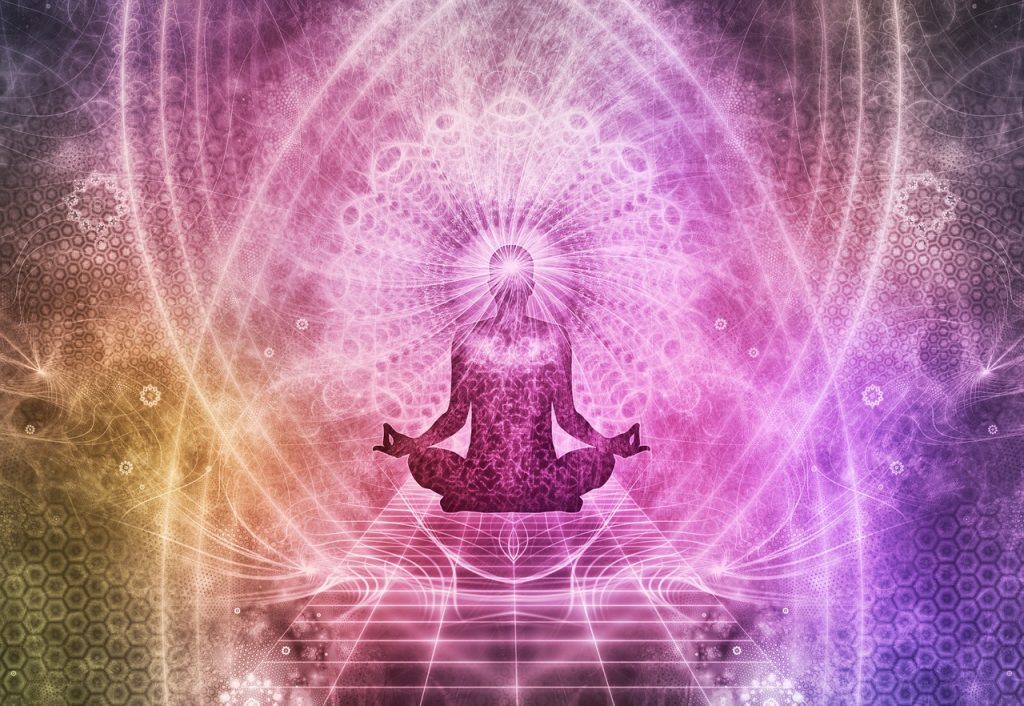 Most people are familiar with the seven body chakras, that run up the spine. But Ayurveda yogis say there are a further five chakras outside the body and beyond which we can tap into and use for advanced healing. There are actually multiple chakras, but for now we are just going to concentrate on the vital 12 energy centres.

The earliest mention of chakras is found in the ancient Vedic texts of the Upanishads. The art of using the correct channels of breathing (nagis) was developed thousands of years ago and is still practiced by eastern ‘religions’.

Although there is no visual evidence to support a chakra system exists in the physical body, there is plenty of physical evidence as anybody that is able to meditate and feel the energy of the chakras will attest.

The Universe and the human body is made from the same compounds, atoms and chemicals that transfer and transform via the electromagnetic force. Essentially we are connected to the energies of the Universe by electromagnetic energy.

The chakras are rotating energy vortexes that receive, absorb and release the cosmic energy. We take energy in, absorb the energy, then release it. The energy we release manifests as reality.

These energy centres also play a crucial role in the well-being of a person. They can affect our physical, mental and spiritual health. How we think and behave impacts our chakras so if our emotions are not balanced our chakras are out of sync.

When chakras are inactive and unbalanced they can negatively affect mood swings, attitudes and even cause serious illness. But when activated and balanced, they can heal serious illness and enhance your vitality and zest for life.

The 12 chakras described below can be used for transferring and transforming vital energy – our chi or prana as it is known in eastern philosophy. This is the innate power you can use to heal emotional wounds and improve your quality of life.

The seven body chakras start at the base of the spine and run through to the crown of the head – although you could as easily say that the other way round as we receive and emit energy at both ends – from the root chakra and the crown chakra. 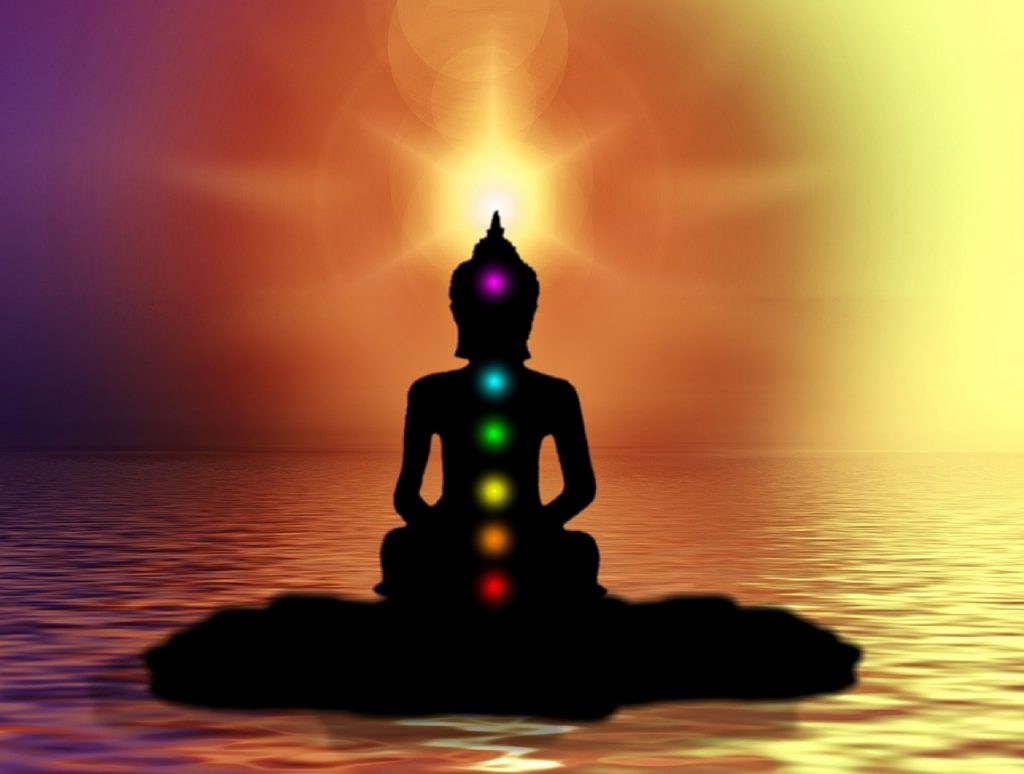 Furthermore, once you raise your consciousness and connect with the 12th Chakra – the Universal chakra, they strengthen the healing qualities of your body chakras. And the best news is, you are already connected with the Universal chakra – you just haven’t realised it yet.

The root chakra is symbolised by the colour red and is found at the base of the spine between the rectum and the sex glands. Its principle function oversees our need for survival and impacts on our vitality and physical strength.

It is associated with the element of earth and when activated and balanced means you are grounded, “down-to-earth” and feel secure in your environment.

When underactive, blocked or out-of-sync, you are disconnected from the world and will often feel insecure, anxious and restless. When overactive, you become angry, impatient and restless far too easily. You are also typically resistant to change.

To unblock the root chakra and bring it into balance try this meditation.

The sacral chakra or spleen chakra as it might be referred to is one I have had problems with in the past. Identified with the colour orange, the sacral energy vortex is associated with sexual desire, reproduction, joy and creativity.

Connected with feminine energy and the element of water, the sacral chakra plays a close relation to emotions and creativity. When in balance you feel confident and can express yourself freely.

When inactive or blocked you can struggle to understand how you are feeling and often feel detached or void of emotion. On the other hand, when over-active, you are over-emotional, highly strung and, shall we say, a drama queen. 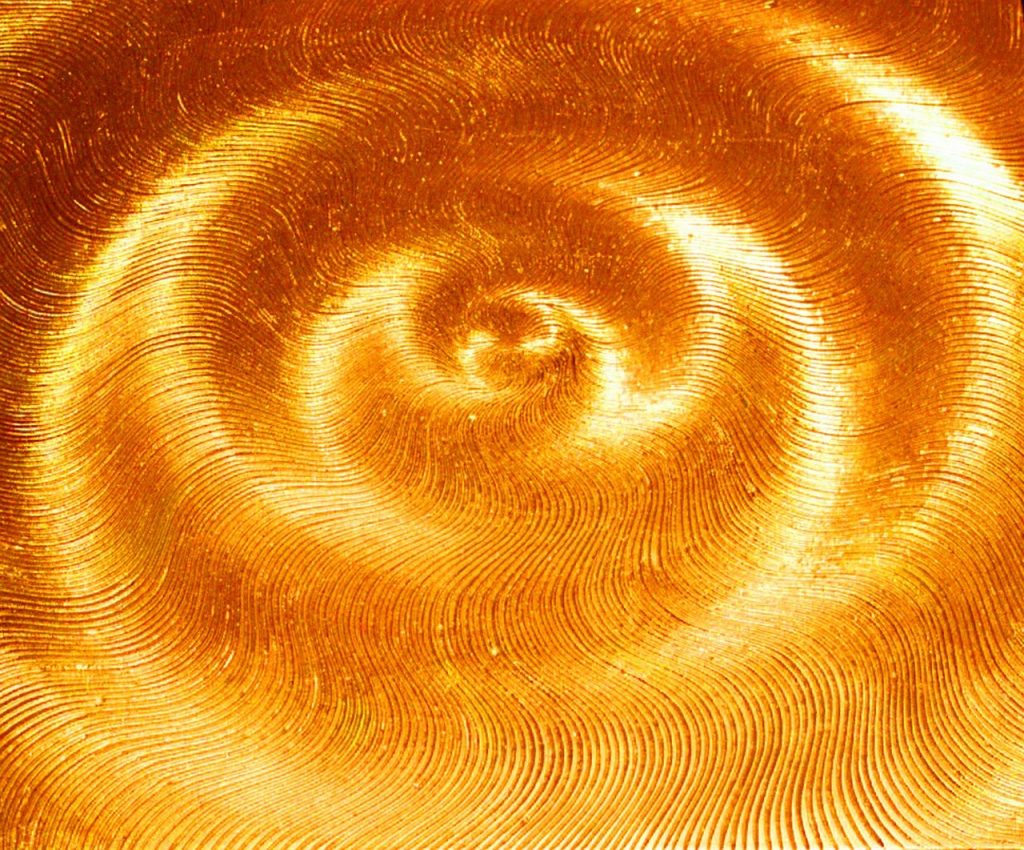 An unbalanced chakra system can wreak havoc with your productive system and sexual desire. You may either feel shy about sex or you are a sex addict. It can affect your ability to conceive. Illnesses associated with a blocked spleen chakra are a problem with the testicles or ovaries, bladder and lower back pain.

To activate and balance your sacral chakra try this meditation.

When the solar plexus is open and in sync, you naturally feel confident, self-assured, assertive and bursting with vigour. On the flip side, when the energy centre is not functioning properly you will typically be either timid or aggressive depending on whether it is under-active or over-active.

The type of illnesses caused by an unbalanced or inactive solar plexus is centred around your digestive tract and lead to related illnesses such as diabetes, stomach ulcers, problems with liver or kidney, intestinal tumour, colon disease and hyperglycemia.

To heal your solar plexus try this meditation exercise.

The heart chakra influences love, compassion and your ability, or inability, to make bonding relationships. But the heart chakra is also related to self-love which for many people is a step towards self-healing.

When under-active, you can be cold and distant towards others, and when overactive you smother people and become obsessive. Either way, an unbalanced heart chakra can damage your relationships. 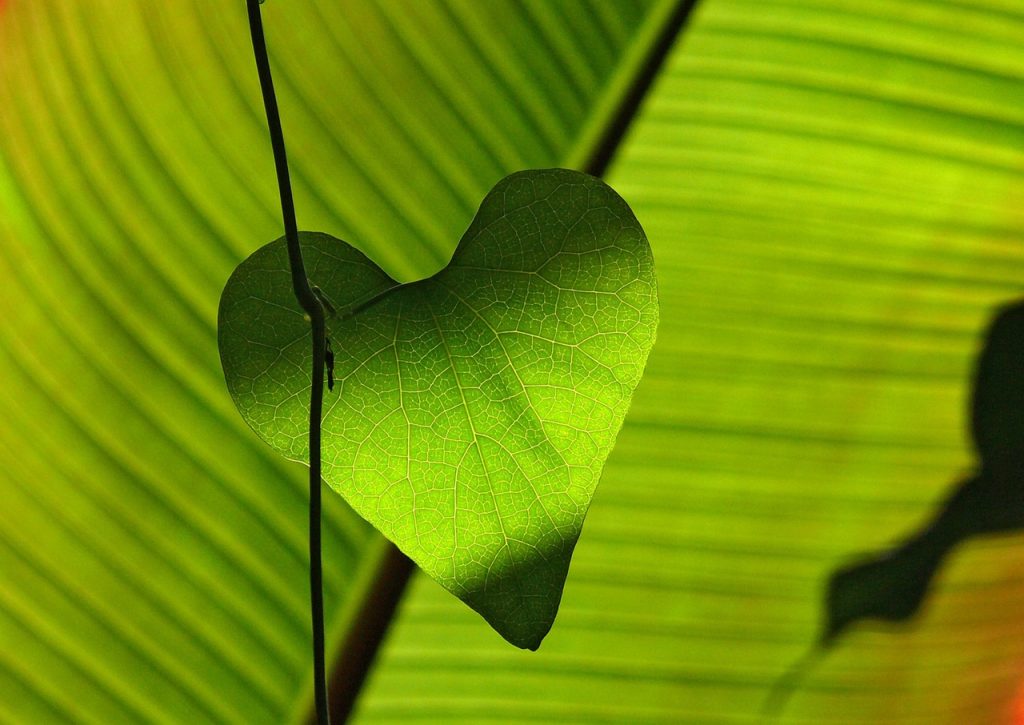 To bring your heart chakra into balance try this meditation.

The throat chakra is associated with self-expression, the ability to peak confidently and clearly. People that have a balanced vishuddha, are able to speak articulately and communicate well with people.

If your throat chakra is closed, you are shy, timid and rarely make a contribution to a conversation when in a social circle. This is because you are unsure of yourself and do not have confidence in what you say. You may feel you lack knowledge and feel inferior to those around you.

People that have an overactive vishuddha are usually judgemental and critical of somebody else’s way of life – and may even tell them. They are stubborn, quick to lose temper and shout a lot.

When the throat chakra is out of sync, it can cause issues with your thyroid, neck, shoulders, mouth, tongue, jaw and throat. You may also suffer from swollen glands and hormonal problems.

To activate the throat chakra and bring it into balance try this meditation.

The 3rd eye chakra, or brow chakra, is believed to be the pineal gland in the centre of the brain and is probably mind’s eye – the gland that enables us to visualise. In Sanskrit the third eye chakra is called the Ajna which literally translates into ‘the centre of knowing.’

A well-balanced brow chakra can improve your powers of telepathy, intuition and insight. It can help you see the bigger picture and get a better grasp of what is happening around you.

The opposite is true for people with a closed third eye chakra. They are typically blind to a situation and look to authority for solutions. Confusion reigns and you typically live in a word of fantasy.

When the Ajna is imbalanced you can develop headaches, eye strain, and in worse cases have hallucinations. It can also affect your nervous system, distort your perception of the world and your ability to concentrate.

To open your third eye chakra, try this meditation.

People with open crown chakras have no prejudices against anyone and feel at one with the world. Conversely, when this chakra is closed or underactive, you have closed views and are rigid in your thinking. You find it difficult to accept worldviews that are different from your own and have no desire to discover your inner-knowledge. 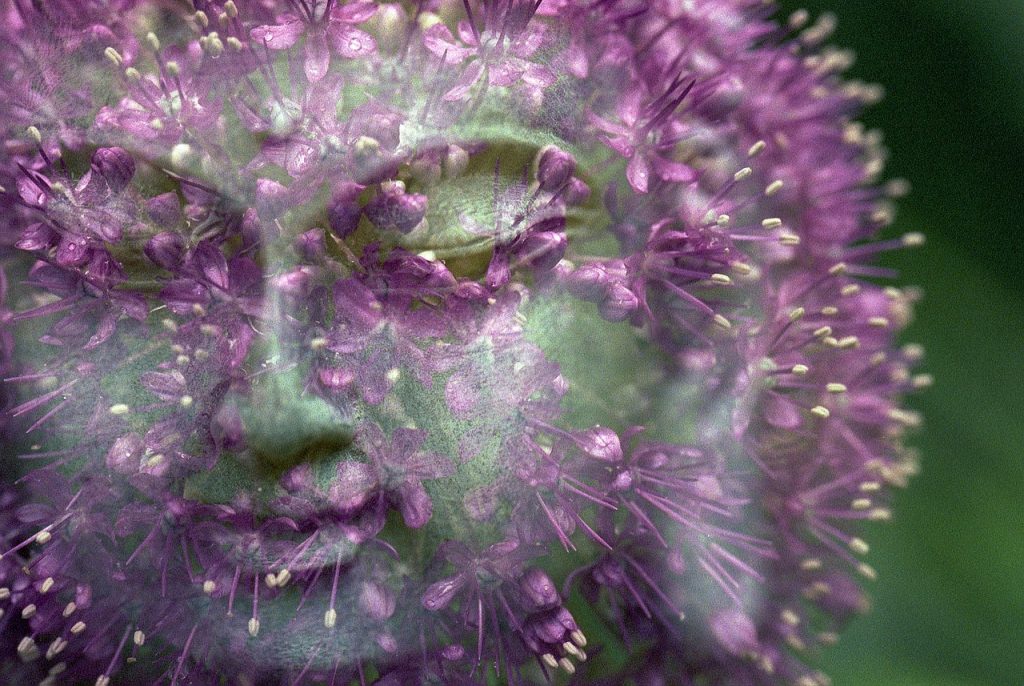 When it is overactive you can become too entrenched in being righteous about your faith, spirituality or intellectual beliefs. You probably consider yourself as superior to others and people see you as being “far out.”

Common illnesses associated with an imbalanced crown chakra are a lack of joy, frustration, depression, headaches and migraine. You are also at risk developing psychological disorders, brain disorders and epilepsy.

To heal your crown chakra try this meditation exercise.

Ayurvedic yogis say there are a further five energy vortexes that exist on the outside of the body. It is these chakras that connect us to the higher and lower astral planes where our subconscious experiences other astral dimensions.

Personally, I’ve only had brief glimpses of other astral plains so cannot confidently state they exist with any authority. However, during the research for my books, I have met and/or interviewed numerous people with fascinating stories to tell about external energies and the abundance of astral planes that exist inside the Matrix.

What I do know, and science backs this up, is that we are electromagnetic energy and connect with the electromagnetic field which is omnipresent in the Universe. Perhaps this is the God that religions harp on about.

It is our outer chakras that connect us with our spirit guides and innate powers. We are also able to pull information from the electromagnetic field, a phenomenon Edgar Cayce described as the Akashic Records. Essentially, this is our eternal wisdom which we can access at any time.

According to eastern Yogis, the eighth chakra is 12-18 inches below the soles of your feet and goes into the earth. Also known as the ‘Super root’, this is the energy that anchors us to the magnetic planet and is the grounding chakra of the seven chakra system.

However, it seems that in western thinking the Earth chakra is the tenth chakra, but most of the information I have read on the internet about the outer chakras is inconsistent – so I don’t buy into that new-age bull.

Instead, I will stick to the ancient principles Indian Yogis have been using for thousands of years. There is a lot of disinformation on the internet so be careful what you believe and back up the evidence with several sources you feel you can trust. (clue: they are not often on the first page of search results!)

When we consciously connect with the ninth chakra we come into contact with feminine energies. It is located about six inches above the crown chakra. It is the ninth chakra that we connect with our soul, and thus explore the emotions we are supposed to feel. Your soul is your true self. This chakra is also known as the soul star chakra.

The tenth chakra is linked to solar consciousness and connects to the masculine energy of the divine self – the source from which the soul is born – i.e Eve was created from the rib of Adam. Eve is symbolic of lunar energy, Adam, symbolic of solar energy. 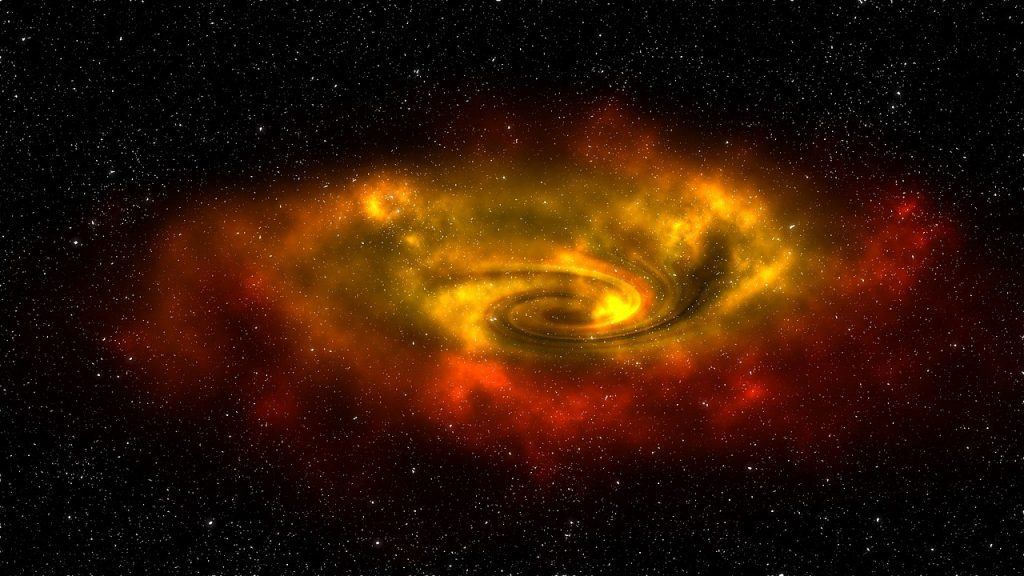 You connect to the solar chakra through the lunar chakra, thus we have masculine and feminine energies bonding together and creating balance. The tenth chakra also reinforces the creative powers that reside in the sacral chakra which is feminine energy.

When you connect with the eleventh chakra you have stronger healing powers. It connects with the solar plexus chakra in the third dimension which can be used to great effect to dissolve the ego.

Known as the Galactic chakra, it is here that you can experience previous incarnations and heal emotional traumas from past lives and from your past in this life. When you connect with the Galaxy chakra you feel a strong pulsating wave starting from the Earth chakra and moving through your body until it fades away.

The twelfth chakra connects us with universal energy where we can access the collective unconscious, or as Edgar Cayce described it the Akashic Records.

Working with energy and balancing your chakras is great for your health and general well-being. If you regularly feel low, contact Master Mind Contact today and learn how to balance your chakras – we even offer you some philosophical advice that can help!