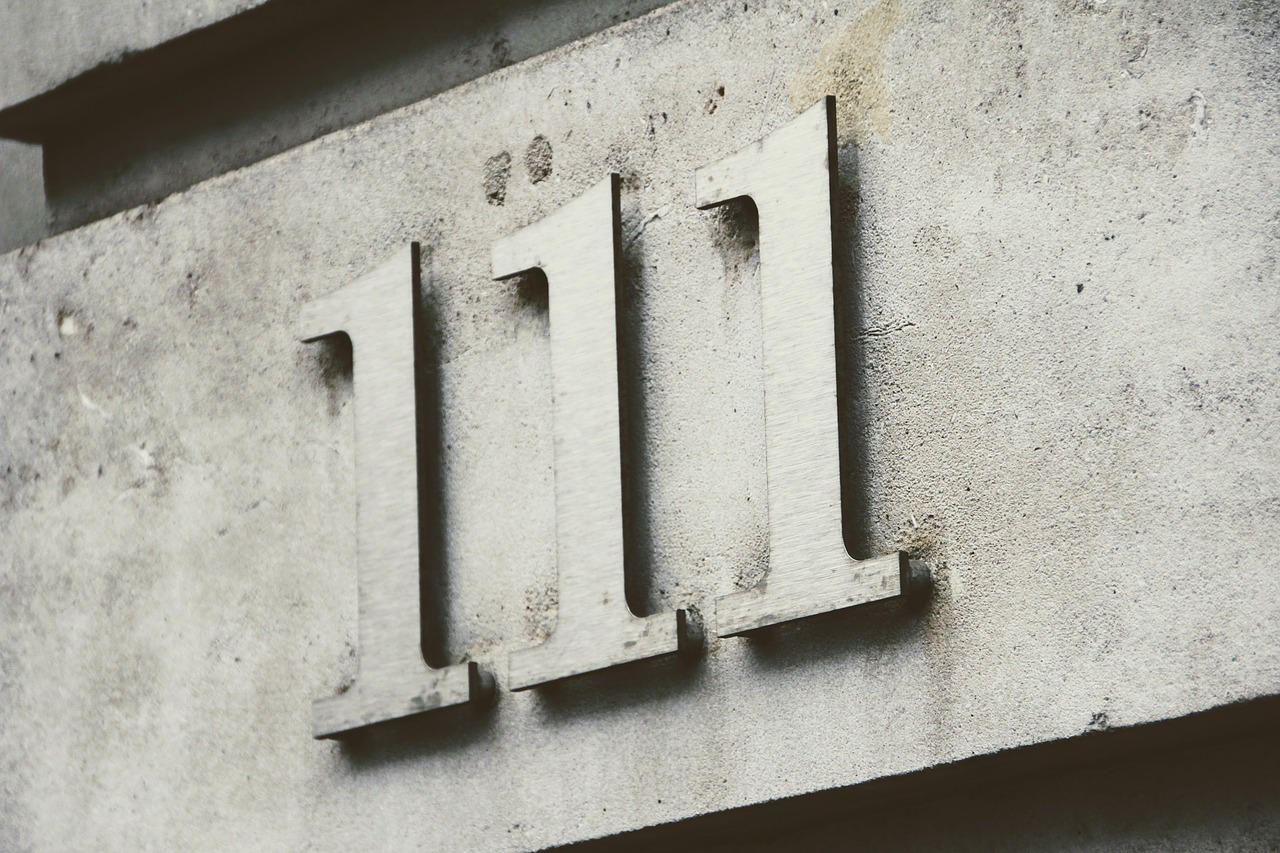 However, there are both positive and negative meanings to all numbers. The key to understanding the meaning of 11, 111, 1111 etc is to know which cycle the number belongs to.

Because the 11 has two double digits of the same number, it is considered a master number in gematria and cannot be reduced to a single digit.

However, the ones always represent new beginnings but, as there are two ones, the 11 is double the vibration of the number one. Similarly, 111 and 1111 are also higher vibrations.

Prime numbers vibrate at a higher level of frequency and give you more power, knowledge and understanding. The 11 can indicate you have reached a new level of awareness that has twice the strength of the one. The same is true of 111, 1111 etc.

“The number ELEVEN operates through the higher emotional side of the nature, showing the expression of the universal compassion and love as distinct from the personal and selfish form of love which is often cased upon passion. It is a feminine and a magnetic number and has a great deal to do with psychic force as well as spiritual power and fortitude. It comes under the domination of the planet Neptune and gives the capacity to use the power of suggestion so as to influence other people and help them in the overcoming of physical , moral and spiritual weakness.” ~  Sepharial, The Numbers Book

If your new cycle is pure, channelling ideas through your subconscious will bless you with illumination and the capacity to think and feel with a heightened sense of rationale.

You are sensitive to your goal and whilst this may be an exciting time, it is not unheard of for feelings to manifest as nervous energy and worry. This is quite natural in the modern age when society programs us to lean towards negative ideals over positive. Neuroscientists confirm the brain is hardwired to be negative.

And the eleven is the tender path between success and ruin.

Have faith in your own ability and let the excitement and pride flourish deep within. Remember you have moved up a rung in the ladder of life and have a right to be proud of your achievements. From here you have the potential for stability and personal growth and should you learn to control and trust in your subconscious mind, you will encounter fewer conflicts.

Interestingly, in the Bible, the symbolism behind the 11 reflects disorder and chaos - focusing only on the negative aspects. Just saying.

As a matter of fact, the symbolic meaning of the number eleven has a negative connotation among all systems of symbolism.

The Kabbalists say eleven should be regarded in contrast with the perfection of the Decad - the Pythagorean 10. Given the 10th Sephiroth in the Tree of Life (Malkuth) represents the material plane, the 11th Sephiroth is regarded as being the essence of sin.

The reason for this is because Keter - the first Sephiroth is pure spirit.

However, in my experience, negative attributions to the number 11, 111 or 1111 are entirely misleading. This is just how exoteric symbolism is designed to work - to lead seekers down the wrong path.

To give you a brief insight, the number 10 is when energy becomes manifest and can be identified as a physical experience. At this point, it is possible to identify how you have created your experience of reality.

The occult philosopher, John Heydon, also associated the number 11 with “bodies of Devils and their nature” which again is misleading unless you know the true occulted meaning of Devils.

I'll give you a clue: devils symbolise the subconscious mind; i.e cravings that "lead you into temptation.'

There are, however, positive connections with the 11 such as the Strength card in the tarot. In the Rider-Waite deck, the 11th card is given to Justice to better fit astrological correspondences created by the Hermetic Order of the Golden Dawn.

In the original tarot deck, Justice had originally been assigned to the number 8. This makes more sense to me than the 11, but I can also see how Justice fits the number 11 as well even though I do not necessarily agree with it. 10 would probably be more appropriate.

Master Mind Content is a leading authority in decoding ancient symbolism . Our research unveils the secrets to understanding and taking control of the the subconscious mind, channeling energy to self-heal and effectively using universal laws to fulfil your potential.
« The Symbolic Meaning of the Number Nine
The Symbolic Meaning of the Number Twelve  »