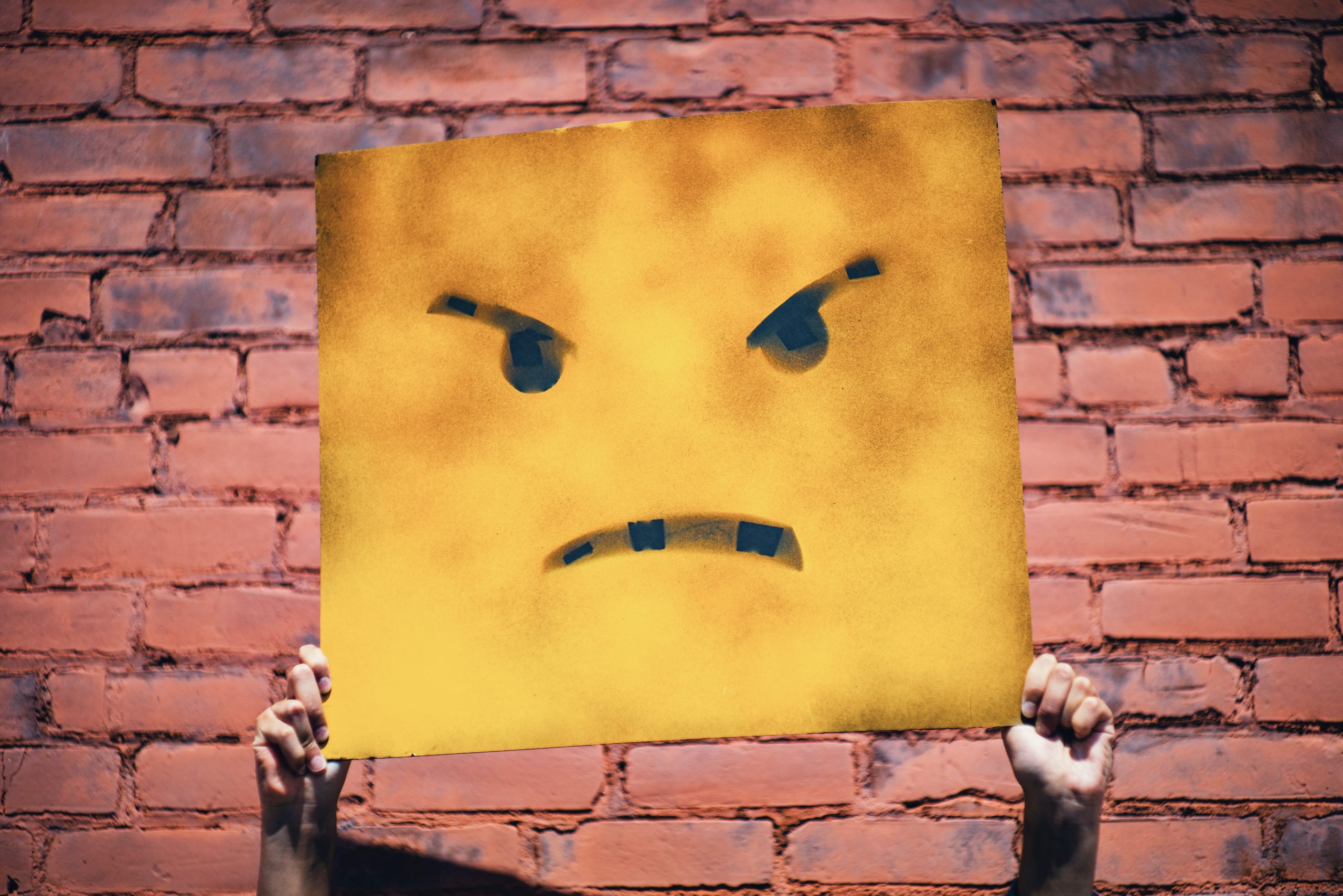 A couple of weeks ago I performed a meditation to release frustration. Several incidents that week had stirred irritation and resentment so I knew something needed to be addressed. Three days after the meditation, I woke up to feel severe pain in my lower back and hips. The pain then spread down my sciatic nerve. The condition left me in so much discomfort I didn’t sleep a wink for two nights.

Through subsequent self-analysis, I discovered an inferiority complex was at the root of my frustration.

According to Jung, complexes are core patterns of negative emotions and perceptions programmed at an early age.

“...a ‘feeling-toned complex’ … is the image of a certain psychic situation which is strongly accentuated emotionally and is, moreover, incompatible with the habitual attitude of consciousness. … it has a relatively high degree of autonomy, so that it is subject to the control of the mind to only a limited extent, and therefore behaves like an animated foreign body in the sphere of consciousness’” ~ Carl Jung, CW 8, para 201

Sure enough, memories that lay dormant within my subconscious reminded me of feeling inadequate; at school, in my home life and amongst my peers.

The struggle to integrate complexes is common. Experiences such as disapproval, rejection, bullying or abuse are all too common in a child’s life. When some part of a child’s personality is unacceptable to their parents or society, it becomes split off. A child’s mind perceives they are inadequate or “bad” in some way.

The Austrian psychoanalyst, Alfred Adler believed that some people become mired in their inferiority because human behaviour is primarily goal orientated and motivated by striving for superiority. Adler promulgated the idea that all children develop a sense of inferiority because they are physically and intellectually weaker than adults.

This base perception can become a neurosis if a child feels less intelligent, unattractive, ungainly at sports or imperfect in one form or another. Whilst this early programming can be overcome by mastering a certain skill or through achievements in later school years, it can be just as easily dented again if, as an adult, you don't attain the goals or status that you see yourself.

For some people the uphill struggle from not feeling good enough is insurmountable and they never develop self-esteem. I was in my mid-thirties before my self-confidence blossomed. Yet simply being good at a few things does not totally override an inferiority complex. As with most complexes, there are several layers to peel away.

An inferior complex can be overwhelming. It can be debilitating in some areas of your life. A general feeling of not being good enough sows seeds of doubt which fosters a neurosis.

Shyness, timidness, insecurity, indecisiveness, a lack of courage and passive-aggressive behaviours are all symptoms of such a complex.

Identifying the symptoms of any complex is only a starting point. To upgrade the subconscious programming and heal the wounds, you have to dig down to the causes.

One of my memories was being given a ‘black spot’ by a teacher because I couldn’t fathom a maths problem. I was seven-years-old and was made to stand in front of the entire school assembly where my shame took centre stage for all to see.

The attitudes of parents and teachers are the key contributors to a child’s feeling of being inferior. Negative remarks, a lack of encouragement and a focus on mistakes and failings build-up to a negative impression of Self.

Being born with a physical defect, belonging to an impoverished family or harbouring the perception that you are ugly is also fuel for an inferiority complex to fester and explode.

In today’s societies, especially in developed western countries, ethnic minorities and children from underprivileged families are inexplicably programmed to feel inferior. Stripped of self-esteem they develop an inferiority complex.

When a child’s confidence is knocked in the early stages of life, self-doubt is exacerbated and can continue throughout life. When left unattended, an inferiority complex can rear up in a number of negative episodes.

“To be a human being means to possess a feeling of inferiority which constantly presses towards its conquest. The greater the feeling of inferiority that has been experienced, the more powerful is the urge for conquest and the more violent the emotional agitation.” ~ The Individual Psychology of Alfred Adler (1956) ch. 4, sect. 3

Frequent feelings of failure or shortcomings are classic signs of inferiority complex. Negative thoughts about being constantly criticised is a symptom that is easy to diagnose. I would often play out a scene around the dinner table in which my interests in esoteric symbolism were tarnished by the degree holders of the family.

Insecurity is another distinct symptom. Some people may also have an abnormal level of competitiveness whilst others will brag about their achievements to make themselves feel better.

Depression Alliance notes that common symptoms of inferiority complex are:

However, symptoms surface differently in different people at different times. How the symptoms appear can depend on your general nature, how you are feeling in that particular moment or how strong the archetypal projection on to the Self-ego axis.

Adler identified four types of people that can be diagnosed with an inferiority complex.

In “ruling types”, aggression, violence and the need to have domination over others is a typical reaction. How they make themselves feel is on their own terms. An intense surge of power will prompt them to lash out at people they have physical superiority over.

Some people that fit into this class of inferiority complex turn the bullying on themselves through masochist acts such as self-harm, alcoholism, drug abuse and suicide.

The second class of people that suffer from inferiority are the ‘leaning type’. This class were usually pampered by their mother and never learnt to do anything. Once they go out into the world to fend for themselves they realise they don't know how to do anything.

These people usually erect barriers to protect themselves which eventually manifests as anxiety, compulsive obsessions and dissociation. They lack energy and rely on other people to perform tasks they don't feel confident they can do themselves.

The third category is described as the ‘avoiding type’. This type of inferiority complex is generally programmed in children whose parents make them feel as though they will never be good enough.

My father used to tell us, "If you don't get good grades at school, you will never be anything in life."

As it turned out, I didn't get good grades in school. Despite my very first teacher describing me as an 'absent-minded professor' I walked out of school with below-average grades. I passed but the grades were not great.

It appears my best method of learning was not offered through the education system in England. Creativity and imagination are not highly thought of. Since leaving school I have educated myself and found I am pretty intelligent.

The avoiding class of people that have an inferiority complex tend to dissociate from their social circles. They prefer to spend time alone where they feel safe. When they feel rejected they recoil and shut themselves up in the security of their home where they don’t have to face anyone. On a tragic level, they can retreat so far into themselves that they become psychotic.

Adler also noted there is a fourth group he called the ‘socially useful type.’ This collective has the basis of a healthy mental state and has some skills that give them some sense of normality. They typically do things for other people and give their energy to others because they want to be liked.

This inferiority complex is born from a need to be accepted by others because they have a lack of self-worth about themselves. Here the cause is due to a lack of emotional support from your parents.

How to Overcome an Inferiority Complex

The root of all complexes can be identified in archetypal energies. The Inferiority complex stems from either an underdeveloped warrior archetype which is represented by the god Ares in Greek Mythology or an undeveloped personality symbolised by the Greek God Hephaestus.

Understanding the root cause, or causes, for your inferior complex will set you on the road to recovery. This is achievable through deep meditative practices such as yoga Nidra, hypnosis or past life regression. Our Reiki practitioner can also identify the root causes of a complex.

The second stage of healing is to upgrade subconscious programs that create the problems you experience in life. This is achieved by developing the archetypal nature of your character and/or deflating the archetypal energies that dominate the ego.

Archetypal energies are powerful tools that help determine which unconscious energies are trying to break through into your conscious thinking. Master Mind Content has developed a healing program that shows you how to recognise archetypal energies and adjust your thoughts, actions and emotions. With these tools, you will be able to heal trapped emotions and upgrade your subconscious programs with energies that deliver a better quality experience of life.

Master Mind Content is a leading authority in decoding ancient symbolism . Our research unveils the secrets to understanding and taking control of the the subconscious mind, channeling energy to self-heal and effectively using universal laws to fulfil your potential.
« Psychology's Shadow Archetypes: Grandstander Bully
Negative Thinking Can Ruin Your Life »

Underlying Causes of Anxiety Read More
5 Ways To Reduce Symptoms Of Depression And Anxiety  Read More
This Is Why You Can't Get No Satisfaction..? Read More
1 2 3 … 23 Next »
Copyright © 2022 Master Mind Content. All Rights Reserved.
Search Our Site
We use cookies on our website to give you the most relevant experience by remembering your preferences and repeat visits. By clicking “Accept”, you consent to the use of ALL the cookies.
.
COOKIE SETTINGSACCEPT
Manage consent