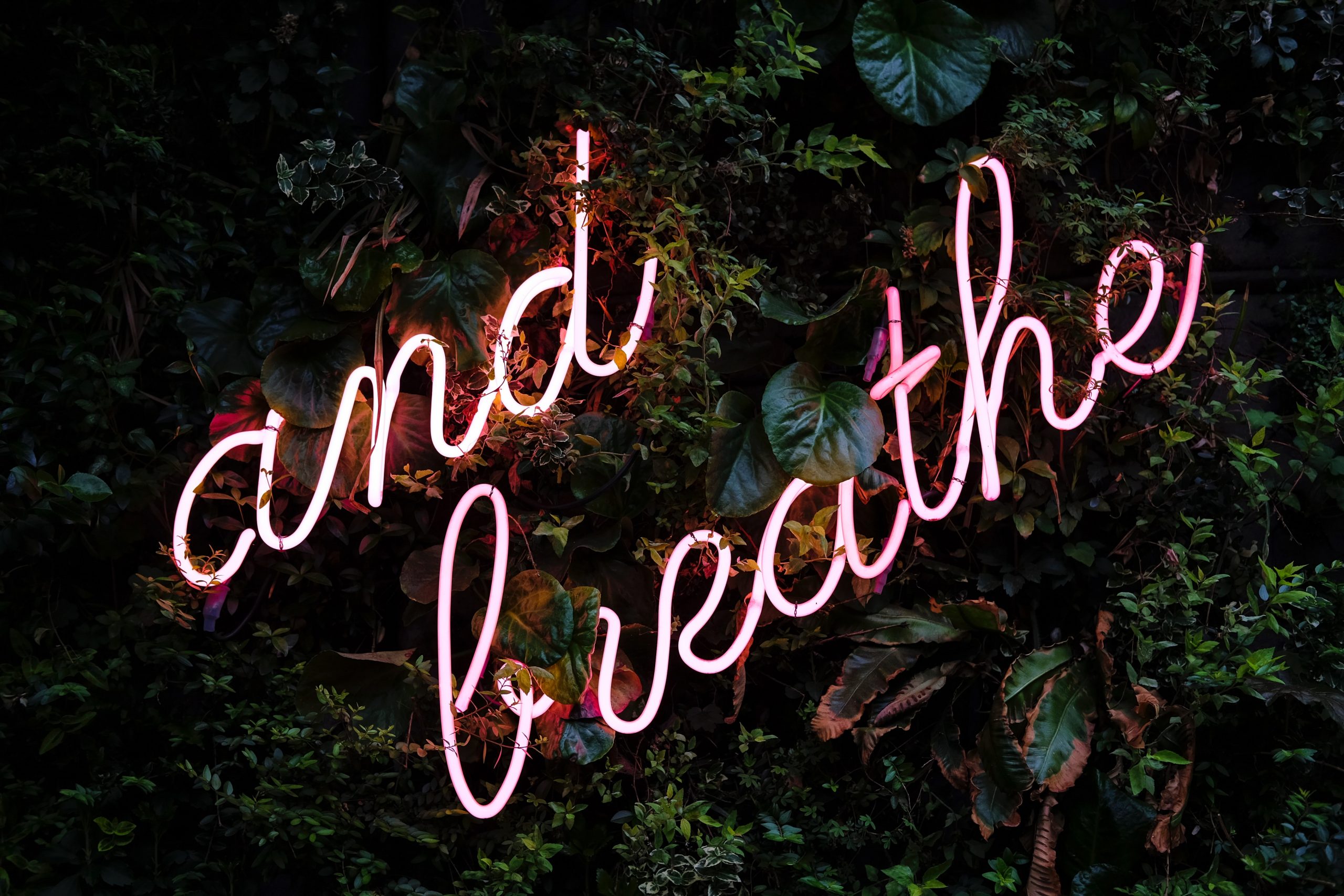 The Hindu Science of Yogic Breathing

Yogic breathing exercises have been practised in India and further afield for thousands of years. Deep breathing is known to improve the efficiency of oxygen exchange in a way that benefits the mind and the body. Medical research shows the yogi science of breath reduces the stress response in the body and delivers more oxygen to the bloodstream.

Given we have to breathe, it worth understanding the “yogi science of breath.”

The air we breathe in through the lungs is transported to the heart which in turn pumps oxygen into the bloodstream. When oxygen comes into contact with blood, a form of combustion takes place. Blood cells release carbonic acid gas generated from waste products and poisonous matter gathered up from all parts of the body's system.

Oxygenated blood is purified and carried back to the heart, rich, red and bright, laden with life-giving properties. Upon reaching the left auricle of the heart, it is forced into the left ventricle, from whence it is again forced out through the arteries on its mission to life to all parts of the system.

If one does not breathe in a sufficient quantity of air, the work of the blood cannot go on properly, and the result is that the body is insufficiently nourished and disease, or state of imperfect health, ensues.

In his book, The Hindu Yogi Science of Breath Yogi Ramacharaka, when you breathe improperly, blood is a bluish, dark colour, lacking the rich redness of pure arterial blood. This often shows itself in a poor complexion.

If the blood is not fully purified by the regenerative process of the lungs, it returns to the arteries in an abnormal state, insufficiently purified and imperfectly cleansed of the impurities which it took up on its return journey. These impurities, if returned to the system, will certainly manifest in some form of disease.

Likewise, if the air you breathe is filled with pollutants the body has to work harder to neutralise the threat. It is advisable to eliminate buying household products that contain toxins. If you meditate, consider creating a space that is free of any products with toxic chemicals in it.

The lower animals, in their native state, breathe naturally, and primitive man undoubtedly did the same. The abnormal manner of living adopted by civilised man has robbed us of our natural habit of deep breathing and the race is greatly suffering as a result. Man’s only salvation is to return to nature.

Occultists in all ages and lands have always taught, usually in secret, that there was to be found in the air a substance or principle from which all activity, vitality and life was derived.

The work of Yogi Ramacharaka describes the principle of “prana”, the Sanskrit word for “absolute energy.” Many occult authorities teach that the principle which the Hindu’s term “prana” is the Universal principle of energy, and that all energy or force is derived from that principle, or rather, is a particular form of manifestation of that principle.

Yogis know that by certain forms of breathing they establish certain relations with the supply of prana and may draw on the same for what they require.

The Cerebro-Spinal System consists of all that part of the Nervous System contained within the cranial cavity and the spinal canal, the brain, the spinal chord, together with the nerves which branch off from the same. This system presides over the functions of animal life known as volition, sensation.

The Cerebro-Spinal System attends to all the seeing, hearing, tasting, smelling, feeling etc. It sets things in motion; it is used by the Ego to think-to manifest consciousness. It is the instrument with which the Ego communicates with the outside world. The system may be likened to a telephone system, with the brain as the central office, and the spinal column and nerves as cable and wires respectively.

The power of force transmitted from the brain to all parts of the body by means of nerves is called by the Yogi, “Prana.” In character and rapidity, it resembles the electric current. It will be seen that without this “nerve force” the heart cannot beat; the blood cannot circulate, the lungs cannot breathe.

Yogi science teaches that the Solar Plexus is really a most important part of the Nervous System, and that it is a form of the brain, playing one of the principal parts in the human economy.

Yogi theory regarding the Solar Plexus, further than to say that they know it as the great central store-house of Prana.

The name “Solar” is well bestowed on this second “brain” as it radiates strength and energy to all parts of the body, even the upper brains depending largely upon it as a storehouse of Prana.

The breathing mechanism of Man is constructed to breathe either through the mouth or nasal tubes, but it is a matter of vital importance which method to follow. One way brings health and strength, the other disease and weakness.

Breathing through your mouth violates nature’s law and sows the seeds of disease.

The respiratory organs have a protective apparatus, a filter, or dust-catcher, in the nostrils. The two narrow, tortuous channels, contain numerous bristly hairs which serve the purpose of a filter or sieve to strain the air of its impurities, etc. which are expelled when the breath is exhaled. Not only do the nostrils serve this important purpose, they also perform an important function in warming the air inhaled.

When the breath is taken through the mouth, there is nothing from mouth to lungs to strain the air, or to catch the dust and other foreign matter in the air. From mouth to lungs the dirt or impure substance has a clear track, and the entire respiratory system is unprotected. Moreover, such incorrect breathing admits cold air to the organs, thereby injuring them.

This form of yogic breathing is known as Clavicular Breathing, or Collarbone Breathing. When breathing this way, one elevates the ribs and raises the collarbone and shoulders, at the same time drawing in the abdomen and pushing its contents up against the diaphragm, which in turn is raised.

The upper part of the chest and lungs, which is smallest, is used, and consequently but a minimum amount of air enters the lungs.

High breathing is probably the worst form of breathing known to man and requires the greatest expenditure of energy with the smallest amount of benefit.

This method of respiration is known as Rib Breathing or Inter-Costal Breathing, and while less objectionable than High Breathing, is far inferior to either Low Breathing or to the Yogi Complete Breath. In Mid Breathing, the diaphragm is pushed upward, and the abdomen is drawn in. The ribs are raised somewhat, and the chest is partially expanded.

Known as Abdominal breathing, Deep Breathing or Diaphragm Breathing, is widely believed to be the best method of breathing in the West, and although it delivers more benefits that the two aforementioned types of breathing cannot match Complete Yogic breathing.

When diaphragm breathing, the hill formation is lowered and the diaphragm presses upon the abdominal organs and forces out the abdomen.

In Low breathing, the lungs are given freer play than in the methods already mentioned, and consequently, more air is inhaled thus using more capacity of the lungs and spreading healthy air into the blood.

Complete Yogic Breathing includes all the good points of all the aforementioned types of breathing, with the objectionable features of each eliminated. It brings into play the entire respiratory apparatus, every part of the lungs, every air-cell, every respiratory muscle.

One of the most important features of this method of breathing is the fact that the respiratory muscles are fully called into play, whereas in the other three, only a portion of these muscles is used.

In the rib-action, the lower ribs are controlled by the diaphragm which draws them slightly downward, while other muscles hold them in place and the intercostal muscles force them outward, which combined action increases the mid-chest cavity to its maximum. In addition to this muscular action, the upper ribs are also lifted and forced outward by the intercostal muscles, which increases the capacity of the upper chest to its fullest extent.

By practising yogic breathing techniques on a regular basis you will reduce stress levels and handle situations that life throws at you with calmness and clarity. Inhaling more oxygen into your bloodstream also helps clean toxins from the body and stimulate feelings of wellbeing and vitality.

Master Mind Content offers a variety of Energy Healing services. Our techniques typically include meditation. We will show you how to breathe properly and how to use meditation to release repressed unconscious and upgrade subconscious programs that do not serve you. Master Mind | Master Life.

Master Mind Content is a leading authority in decoding ancient symbolism . Our research unveils the secrets to understanding and taking control of the the subconscious mind, channeling energy to self-heal and effectively using universal laws to fulfil your potential.
« The Noble Eightfold Path in Buddhism
The Mother Complex »

Underlying Causes of Anxiety Read More
How to Induce Lucid Dreams That Heal? Read More
This Is Why You Can't Get No Satisfaction..? Read More
1 2 3 … 23 Next »
Copyright © 2022 Master Mind Content. All Rights Reserved.
Search Our Site
We use cookies on our website to give you the most relevant experience by remembering your preferences and repeat visits. By clicking “Accept”, you consent to the use of ALL the cookies.
.
COOKIE SETTINGSACCEPT
Manage consent